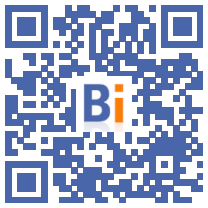 The prefect charged by the State with monitoring the great plan for Marseille announced by President Macron on Friday defended "a partnership" with local elected officials by presenting the main lines of his mission described as "very demanding".

Laurent Carrié, former adviser to Prime Minister Jean Castex, is "in charge of preparing and implementing the orientations of the + Marseille en grand + plan, which should allow the second largest city in France to make up for a number of delays, particularly in terms of 'infrastructure and education,' the regional prefect Christophe Mirmand reminded the press.

The new delegated prefect is also in charge of a related mission on "equal opportunities, urban renewal and city policy".

During an exceptional three-day visit to Marseille in September, Emmanuel Macron presented a major state support plan for the Marseille city on twelve subjects including schools, transport, town planning and health.

Presenting himself as a follower of "dialogue", Mr Carrié explained that he wanted to put forward a logic of partnership.

"If the idea had been to set up a supervision, I would not have been the right person with my course", he launched in response to the concern of certain local elected officials on a stranglehold of the State.

Referring to "an exhilarating but also very demanding mission", Mr. Carrié explained that he wanted to approach it with "humility".

"In Matignon, where I worked on rurality, local finances or city policy, I also learned the mechanics of decision-making at the central level which will be useful to me for my mission," he said. he argues, also highlighting his participation in several state plans especially in Seine-Saint-Denis where "the issues of security, education or housing are close to those of Bouches-du-Rhône", a- he stressed.

Another asset, the man participated with the Elysee in the preparation before the summer of the plan for Marseille in interministerial meetings.

Its roadmap includes priorities such as the school renovation program and mobility for which state aid must be included in the 2022 finance law. The reform of the governance of the Aix-Marseille metropolis is also considered urgent. because it must be the subject of an amendment to the "3DS" bill on decentralization, under discussion in December in Parliament.

No global figure on state aid has yet been put forward, but an envelope of one billion for mobility has already been announced by Mr Macron. The president indicated that he could further increase his participation to accelerate the connection of the northern districts, disadvantaged, to the city center.

If for the school the global envelope is not fixed either, the State has already committed up to 800 million euros to help the renovation of 174 schools. Finally, an envelope of 600 million euros is released for urban renewal and health loans in Marseille have been programmed as part of the "Ségur" of health, said Mr Carrié.