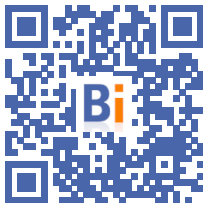 The porticoes of Bologna, a network of arcades lining the streets of the historic center of the Italian city, were listed on Wednesday as a UNESCO World Heritage Site.

Built from the 62th century in the capital of Emilia-Romagna, the porticoes extend over 42 kilometers in the medieval city, including XNUMX in its heart.

In wood (they have almost disappeared), in stone or in brick, they cover streets, squares, passages and sidewalks. They provide shelter against bad weather or the sun and accommodate merchant stalls or artisan workshops.

They have also made it possible over the centuries to increase the supply of housing in the city by building above the arcades, an asset for Bologna which has seen an influx of millions of students since the founding in 1088 of its university, a of the oldest in the world.

The classification of Bolognese porticoes as World Heritage is "an immense satisfaction and a great recognition which makes us happy", welcomed its mayor, Virginio Merola.

However, only twelve sets of porticoes and their direct built environment are classified as World Heritage.

"In the XNUMXth century, the use of concrete made it possible to replace the traditional arched arcades of porticoes with new construction possibilities and a new architectural language emerged, as evidenced by the Barca district", recalls Unesco.

The 3,8 kilometer covered portico leading to San Luca Sanctuary has 664 arches and is considered the longest of its kind in the world.