The sustainability of coronapistes in Paris, a long-term project 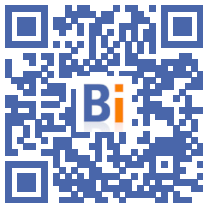 They arose in a few months but will take three years to settle in: in Paris, the sustainability of the 52 km of coronapists born from the confinements of 2020 is entering the active phase, with the acceleration and multiplication of projects until the 2024 Olympics. .

Between the famous places of Bastille and the Nation, the brand new rue du faubourg Saint-Antoine now has a wide (2 m) cycle path on each side, separated from the rest of the road by a stone border.

The resulting calm is "absolute happiness" for Douchka, 39, a waitress at Café Pierre who suffered from the renovations. In mid-September, when the terraces were full elsewhere, the noise of the jackhammers gave him "the impression of having an airport in his head", and the bistro was losing "a lot of people".

On the other sidewalk, the Bidule suffered from noise "only a few days in September", says Vincent, its manager. "But afterwards, it is we who are going to morfler", he fears, pointing to the perpendicular street in which the concrete blocks, synonymous with a provisional cycle path, hint at a future site.

Avenue de la République, work has started and that of the Saint-Lazare station - Porte de Saint-Ouen axis should not be long: with the 80 million euros provisioned by David Belliard, the deputy (EELV) at the transformation of the public space, for the sustainability of the provisional tracks, "we will have a lot of bike sites at the same time by 2024", anticipates Jacques Baudrier (PCF), his colleague in charge of public construction.

"The rise of the sites, it is at this moment, at the beginning of 2022 they will be much more important", insists the elected Communist in response to the associations of cyclists who would have liked, like Jean-Sébastien Catier, president of Paris in the saddle , "that it engages a little more quickly after the municipal election" of June 2020.

It was during this period that coronapistes, created at the start of the health crisis to relieve public transport congestion, arose almost overnight in the capital. Since then, "not much has happened in terms of work", deplores Mr. Catier.

Mr. Baudrier retorts that "the provisional tracks were installed until the end of 2020" and 2021 was used to award calls for tenders with "much larger lots" for the companies selected. And that the increase in human resources of the cycle development mission (Macy), with around ten agents, is already making it possible to go faster.

"To get on the bike, Parisians were only waiting for the creation of secure facilities," said the town hall. David Belliard will present Thursday in city council the bicycle plan for the term of office (2021-2026), endowed with 250 million euros, much more than the previous one (about 150 million), to make the capital "a 100% cycling city ".

According to the town hall, Ile-de-France currently has around 800.000 cyclist trips per day, and the share of bicycle trips in the capital now stands at 5,6%, while that of the private car now represents only 'about 9%.

Like the strike of 1995, when "people started to cycle" for lack of public transport, the health crisis gave "a boost" to this "fundamental trend", underlines Patricia Pelloux, deputy director of Apur, the town planning agency on which the City relies.

Coronapists don't only make people happy. Thus, the mayor (LR) of the XNUMXth arrondissement, Philippe Goujon, estimates that since the development of a track "in August without warning the inhabitants", the rue Vaugirard "lives a hell", with "conflicts of 'use at all crossroads ".

Alexis Frémeaux, president of the association Better travel by bicycle, puts it into perspective: if "these coronapistes were very useful, they were done quickly and we can see that they have certain faults". For this cyclist, "sustainability will improve visibility and comfort for all users, cyclists and others".