Parliament adopts a reform of the training of local elected representatives 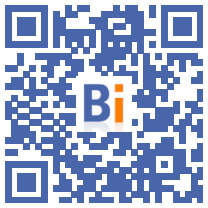 The Parliament, via a vote of the National Assembly, adopted a reform of the training of the local elected officials, carried by the Minister of Cohesion of the territories Jacqueline Gourault.

The bill, adopted unanimously, ratifies the ordinances that the government has been empowered to take, within the framework of the "Commitment and proximity" law, to modernize the training of 510.000 local elected officials on subjects such as accounting, town planning law or public contracts.

"Too many dysfunctions exist and the system is weakened", noted Ms. Gourault.

The text, which was voted on at first reading by 330 votes in favor and 15 abstentions in the Senate, on April 8, was adopted identically by the deputies.

"Faced with the growing technicality of public action", the reform plans to strengthen training to "meet the particular needs with which (elected officials) are confronted", but also "enable them to be part of an evolutionary process. professional at the end of their mandate ", underlines the Minister.

The text strengthens the obligations of training organizations as well as control and sanction measures.

It "softens and perpetuates" the individual right to training for local elected officials (DIFE). In particular, the reform opens up the possibility for local authorities to participate in the financing of training courses organized at the initiative of elected officials under the DIFE.

It is "an essential reform", welcomes the LREM rapporteur of the Bruno Questel text.