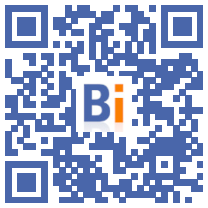 The Parisian left and the CGT have called for a "moratorium" on the renovation project of the Hôtel-Dieu hospital, of which a third of the surface has been sold for 80 years to a real estate developer.

"We want a moratorium" in order to take into account "all the hospital needs" of the capital, declared Nicolas Bonnet-Ouladj, president of the communist group at the town hall of Paris, during a press briefing in front of the Hotel. Dieu, located in the 4th arrondissement.

The elected official also deposited a wish on this project, which must be debated at the end of the week at the Council of Paris.

The promoter plans to install there, by 2025, a "biotechnology incubator", student accommodation, but also shops and a gourmet restaurant, among others.

"It's a political choice," denounced Christophe Prudhomme, emergency physician and spokesperson for the Amuf-CGT union.

"We invite Anne Hidalgo and the elected Parisians not to vote on the local urban plan and to discuss the project," added the one who is also an LFI candidate in the regional elections (head of the list in Seine-Saint-Denis).

Opponents of the project are demanding in particular the upgrading of certain available rooms to open "100 additional beds" and "develop new medical activities", in particular in psychiatry.