The Paris Council symbolically opposes the construction of the Triangle Tower 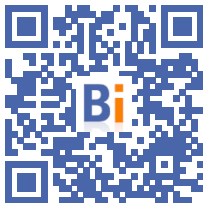 The controversy surrounding the construction project by Unibail-Rodamco-Westfield of the immense Triangle Tower at Porte de Versailles continues with the symbolic opposition of the Council of Paris.

"Nothing more justifies this project". This sentence repeated many times by the MoDem deputy Maud Gatel will not stop the construction project of the 180-meter tower financed by the insurer Axa. However, the tone is set for the City of Paris: elected officials do not want to see this type of “anachronistic” project on their territory.

Having no legal means to prevent construction, the elected officials wanted to show their disapproval with a symbolic vote of three non-binding wishes to demand the abandonment of the site.

The wishes of the LR and MoDem groups, asking to postpone the start of construction pending the bioclimatic PLU of 2024, were adopted without an absolute majority, the Les Verts group wishing for a firmer dam.

This opposition, whose lack of solidarity clearly shows the cleavage created by the Tour Triangle project, seeks above all to show the symbolic disapproval of elected officials but some like Emile Meunier of the EELV group expect more concrete measures from Ms. Hidalgo, such as filing " a deliberation at the next council to cancel this ecological aberration ”.

If the advisor Fatoumata Koné assures that "the mobilization will continue", in particular with an action planned in front of the headquarters of Axa which finances the project, the lessor URW announces for its part that the site would start by January 2022 to be completed by 2026.