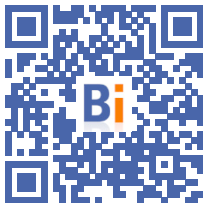 The pandemic has shaken up the ranking of cities where it is good to live, with European metropolises in fall and Australia, Japan or New Zealand in the lead thanks to their rapid measures against Covid-19, according to a study .

Auckland culminates at the top of the annual study of the weekly The Economist on the cities where it is good to live, according to the 2021 edition published on Wednesday, followed by Osaka in Japan, Adelaide (Australia), Tokyo and Wellington (New Zealand) ).

Auckland rose to the top of the rankings thanks to its successful approach to containing the Covid-19 pandemic, which has enabled society to remain open and the city to perform better in terms of education, culture and environment ", underlines the press release accompanying the study.

The study mentions the "stress on hospital resources which have increased for most German and French cities" and "the restrictions on movements and gatherings which have limited the cultural offer".

The most significant rise was recorded by Honolulu, Hawaii in the United States (14th in the standings, +46 places) "thanks to big progress in the way of containing the pandemic and the deployment of the vaccination program".

Damascus remains the city where life is the most difficult because of the civil war.