The pandemic accentuates the desertification of city centers 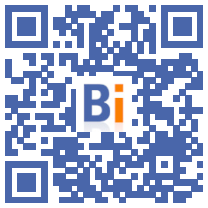 In the midst of the many shops in Lübeck deemed non-essential and closed until mid-January to stem the wave of Covid-19 which is raging in Germany, some are more out of tune with their dismal signs: "final closure".

Yet classified as a Unesco World Heritage Site, especially for its Gothic red brick architecture, this Hanseatic city in northwestern Germany of 220.000 souls has not escaped the desertification phenomenon which has affected many city centers for years. in Europe. And the Covid-19 pandemic has given it a boost.

In Lübeck, known worldwide for its marzipan and visited by 18 million tourists in 2019, 20% of the area dedicated to shops remains empty, due to a lack of new buyers, a growing trend.

In the middle of the main shopping aisle, Olivia Kempke points to a former bankrupt clothing store: "some were already not doing well before the health crisis and the current drop in attendance is ending them".

At the head of Lübeck Management, an association promoting local urban development, she criticizes the hypertrophy of large peripheral shopping centers, "real consumer magnets" and ever higher commercial leases "taking merchants by the throat".

The growth of online purchases is also at issue: they should increase by a third in November-December compared to 2019, to the detriment of many storekeepers, according to the German Trade Association (HDE).

She fears the closure of 50.000 businesses in the country due to Covid-19.

The partial closure of stores in November and December, linked to the coronavirus, will cost retailers in German city centers up to 16,9 billion euros, according to the economic institute IW.

The number of passers-by halved in German cities in December, he adds.

Figures which should worsen after the closure of all non-essential businesses decreed in mid-December for a minimum month.

The Minister of the Economy, Peter Altmaier, had estimated in November that shopping in small traders was akin to "a national task, even a patriotic act", a message quickly lapsed with the tightening of restrictions.

In addition to emergency aid, the German government is working on the introduction of a tax targeting online commerce, the amount of which would be paid to merchants in urban centers.

He also released 25 million additional euros for 2021 supposed to avoid the hemorrhage of city centers. The HDE is asking for an "urban emergency fund" of around 1,5 billion euros annually.

Otherwise "we will not recognize our municipalities after the pandemic, we must take countermeasures", warns HDE President Gerd Landsberg.

The emergency government aid is in addition to a program of the Ministry of Construction created in 2002 and allocated annually to some 790 million euros to help cities in their urban redevelopment. Since then, 1.081 German cities have benefited from it.

Hanau, in Hesse, was one of the first. After 7 years of work, the city has been completely redesigned, its center greened and made more welcoming for people with reduced mobility.

A large shopping center also appeared with independent stores, restaurants, a cinema and a new plaza.

An example of success, according to Frank Schwartze, professor at the Technical University of Lübeck and specialist in urban development for whom these funds must allow "city centers to adapt to new uses" to make "places of life. "and no longer just consumption.

“The old retail business will not come back,” he says, instead promoting “places for walks and socializing” which facilitate “new forms of mobility”. By that, mean less space for cars, more for pedestrians.

This is precisely the path taken by Lübeck with various experiments over the past year: a shared garden in the heart of the city, widening sidewalks with street furniture, free cultural exhibitions and streets with reduced traffic.

"We are seeing a return of passers-by and a 60% reduction in car traffic. Citizens have gained in quality of life", welcomes Social Democratic mayor Jan Lindenau.