The ordering State must set an example on the increase in wages, according to the Medef 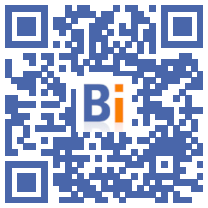 The state must set an example in terms of increasing low wages by paying better subcontracting companies in services such as cleaning or security, said the president of Medef.

Geoffroy Roux de Bézieux declared on leaving an interview in Matignon with Prime Minister Jean Castex to have told the latter that for "salaries in service trades, which are the lowest paid trades but which also have the most low margins for the company, the example must come from the State ".

"When the State or the local communities or the hospitals make calls for tenders for guarding, for security with prices drawn down, there is no room for maneuver to increase wages", according to the president of the employers' organization.

"When we increase wages in these trades, it is the prices that will increase", explained Mr. Roux de Bézieux.

"There are also calls for tenders from large companies which must set an example, but the first example must come from the State," he insisted.

The president of Medef clarified that "the question of salaries arises for poorly paid service jobs, this is not the case for civil servants".

"There is the particular case of the HCR (hotels, cafes and restaurants) where indeed I think that there will be salary negotiations because there is a recruitment problem", but "here too if salaries increase, prices will increase, ”he warned.

The Prime Minister began bilateral discussions with the social partners last week, the opportunity to sweep away all the topical issues in this fall.