The order to the prefects to accelerate the deployment of renewable energies, remains without effect for onshore wind power, deplores the sector 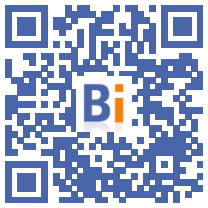 The government's instruction asking the prefects to speed up the processing of renewable energy projects has had no effect for onshore wind power, two months after the publication of this circular, lamented Tuesday, November 22 France wind energy (FEE), which represents the sector.

“There was no acceleration, no jolt even”, assures Michel Gioria, the general delegate of FEE.

According to the sector, nearly 2 gigawatts (GW) of projects, the equivalent of two nuclear reactors, are at the very end of their investigation: all that is missing is the final signature of the prefect to start the work. But for lack of initials, they will not come out of the ground this winter, where they could have helped to relieve tensions on the electricity supply, underlines Mr. Gioria.

The Minister for Energy Transition Agnès Pannier-Runacher recently "passed on the message to the prefectural body", we said on Tuesday at the ministry, where we are "following it closely". Couriers are ready to leave for certain territories, to "unblock certain projects", we add.

Other wind projects, less advanced, for an additional 3 GW, are also awaiting prefectural approval to launch the investigation, the public inquiry or even the meeting of the departmental landscape committees.

Faced with the energy crisis, four ministers, including those of the Interior, Ecological Transition and Energy Transition, had asked the decentralized State services, in a circular of September 16, to "put in place all the actions required in order to facilitate and speed up the processing of files for the installation of renewable energy projects.

France is behind on its own targets, and the only one in Europe to have missed its 2020 target, which exposes it to a European fine of 500 million euros.

After the senators, the deputies began Monday to examine in committees the bill "relating to the acceleration of the production of renewable energies".

The version of the text voted in the Senate is akin to "a tool to stop the energy transition", in the words of Mattias Vandenbulcke, head of communication at FEE.

The professional association considers in particular that the planning of areas for onshore wind power, entrusted by the text to the municipalities and the intermunicipalities, must be "connected to the objectives (national development of renewables) and to a calendar", explains he.

The sector is also alarmed by a senatorial provision requiring the assent of the Architect of the buildings of France for any project within 10 km of a historic monument. According to FEE, only a small part of Savoie and New Aquitaine would then be open to wind power. The National Assembly's Sustainable Development Committee voted Monday to delete this provision.

MEPs are due to start examining the text in plenary on December 5.