The opening of unemployment to the self-employed missed its target 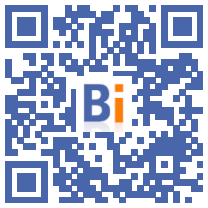 Less than 1.000 beneficiaries in the first year instead of the expected 30.000: the opening up of unemployment to self-employed workers has flopped, which can be explained by conditions that are too restrictive and a lack of interest on the part of business leaders themselves.

Since November 1, 2019, self-employed persons can benefit from the allowance for self-employed workers (ATI) for an amount of 800 euros for six months, following a liquidation or a receivership, if they find themselves with personal resources lower than the amount of the RSA.

This safety net was meant to be the translation of a campaign promise by Emmanuel Macron, according to which "artisans, traders, entrepreneurs, liberal professions and farmers" should be entitled, like employees, to insurance -unemployment.

Indeed, "3,3 million self-employed workers, or 10% of the working population, do not benefit from any social protection against the risk of job loss", less than 1% taking out private insurance, according to the deputy. LREM Dominique Da Silva, author of an information report on the subject.

But, in 16 months, according to Pôle Emploi, only 911 people had access to the device at a cost of 3 million euros, where the impact study provided for 29.300 per year for 140 million.

For the deputy, "this disappointing record" is explained first of all by "too restrictive criteria which exclude many independents".

Of the 2.396 requests made to Pôle emploi, 59% were rejected. If 23% were for the benefit of former rights to unemployment insurance more advantageous for ex-employees, 36% were rejected because the applicants did not meet the eligibility conditions.

The vast majority of rejections concern the minimum activity income threshold of 10.000 euros per year on average over the last two years, which "excludes the worker in difficulty with deficit or zero income from activity", according to Mr. Da Silva.

Another blockage: the activity must be ceased "definitively and involuntarily", which excludes all those who cannot justify a liquidation or a receivership, long and expensive procedures.

"You do not have to go through the commercial court to stop the activity of a company. Company leaders are forgotten", underlined Anthony Streicher, president of the association Garantie sociale du chef d ' company (GSC) during a recent hearing at the National Assembly.

For Lionel Canesi, president of the Superior Council of the Order of Chartered Accountants, "the ATI does not work because its field is very limited". Several statutes are excluded such as "the majority manager of an LLC", or "the heart of the economic fabric".

Mr. Da Silva therefore proposes to extend the condition of cessation of activity "to amicable liquidation, since it aims to anticipate a state of insolvency" and to make the ATI accessible "to all statutes. legal rights of self-employed, non-salaried workers and equivalent workers ".

He suggests replacing the working income threshold with that of turnover in order to benefit micro-entrepreneurs (47% of the self-employed with an annual income of 5.000 euros on average) as well as raising the level of RSA resources (564 euros) at the poverty line (1.063 euros).

"Without contributions paid for unemployment, the ATI must be understood as a solidarity allowance, flat-rate and of short duration, to help the rebound of a self-employed worker with modest resources but with rich skills", summarizes- he. These proposals can be studied by the Minister for Small and Medium-Sized Enterprises (SMEs), Alain Griset, who is due to present a plan soon to improve social protection for the self-employed.

But the failure of the ATI could also be explained by "a psychological aspect", according to Sophie Jonval, president of the National Council of clerks of commercial courts.

"When you are in the process of creating a business, you are in a positive dynamic, you do not necessarily have the reflex to predict what will happen in the event of difficulty (...). We do not prepare for a divorce when we get married, ”she underlined during this hearing in the Assembly.

"Business leaders do not want unemployment coverage. If the will existed, they would go massively to existing insurance systems," said Lionel Canesi.