The oak restoration project of the Notre-Dame frame is validated 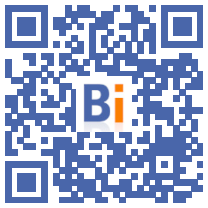 The solid oak restoration project for the framework of the nave and the choir of Notre-Dame has been validated by the National Heritage and Architecture Commission (CNPA), announced in a press release the public institution in charge of the site. of Paris Cathedral.

"We are now going to be able to move forward resolutely towards the restoration work of the framework," said General Jean-Louis Georgelin, president of the Public Establishment.

The progress of the restoration studies carried out by the architects Philippe Villeneuve, Rémi Fromont and Pascal Prunet, "made it possible to present for the examination of the CNPA the design envisaged for the restoration of the solid oak frame of the great roof of the cathedral. ".

The commission expressed last July the wish to study several variants, while respecting the original materials.

The CNPA issued a favorable opinion on "a drawing close to that of the disappeared frame, showing the formal qualities of the medieval frame and its historical depth, which testifies to the emergence of the art of the structural line, classified to the world heritage of humanity, "said the press release, released Thursday evening. However, this project "does not aim to produce a pure facsimile of the disappeared book".

The detailed design studies will be able to begin, with a view to preparing the calls for tenders necessary for the launch of the work on the framework.

"I am delighted that this opinion of the National Heritage and Architecture Commission is in line with the approach we were defending," commented the general.

From the first months after the fire in April 2019, the option of rebuilding the solid oak frame had become the preferred option.

A thousand oaks from public or private forests have already been donated and felled, intended for the spire stool, as well as for the transept frames and adjacent spans.

Other oaks will be needed to redo the medieval framework of the nave and the choir. Trees have already been proposed by foreign donors and the Institut de France announced Thursday that it was offering several oaks from its forest estates for the reconstruction of this frame.