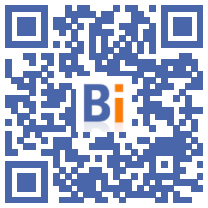 The number of training entries was maintained in 2020 thanks to the increase in the autonomous personal training account (CPF), which compensated for the drop in training offered by the regions or by the employment center, according to a report published on the Internet. a few days ago.

This report is the second published by the scientific committee for the evaluation of the Skills Investment Plan, the PIC. Launched in 2018 and endowed with 15 billion euros over five years, this flagship program of the executive aims to encourage the training of two million job seekers, young or low-educated, over the period 2018-2022.

But this maintenance is a sham, because it is due to the "extremely rapid increase in load", with 307.000 entries into training in 2020, of the autonomous CPF (an innovation of the law Avenir professionnel which allows working people to 'register directly with the training centers). "The CPF mainly financed short training courses while the objective of the PIC is rather to develop long and qualifying training courses", underline the authors.

"This is linked both to the direct effects of confinement, despite the efforts of training organizations to provide continuity solutions, and to the fact that a significant portion of the training courses offered, in particular by Pôle emploi, prepare people directly for hires that do not exist. 'were no longer taking place,' they note.

32% of the training courses in progress were thus able to be maintained during the first confinement, 79% during the second.

Another point which leads to having a nuanced vision of the ICP, "the least qualified, target of the program, see their access to training increase, but not more than the other categories". While they represent 56% of job seekers, people with little qualifications "only represent 52% of those entering training, a share that has hardly changed over the period", underlines the committee chaired by the economist. Marc Gurgand.

"Another priority target of the CIP, young people, in particular unskilled, do not seem to have benefited relatively more from the increase in entry into training," he adds.

And the authors conclude that, "if part of this observation can be explained by the health crisis, it seems unlikely that the objective of providing 2 million additional training courses for the benefit of the groups furthest from employment could be held over the five years initially provided for in the plan ".

"This is very good news, we broke the record of last year", she welcomed, also welcoming the sharp drop in the number of unemployed in October (-113.000 according to Pôle Emploi).

"Over six months, we have 500.000 unemployed job seekers less, it shows that the recovery is very dynamic," she said.

The Minister of Labor nevertheless considered "normal" to strengthen checks on the unemployed, in order "to ensure that they are actively looking for work", recalling her objective of "25% more checks in the next six months".