The number of jobs linked to renewable energies rises to 12,7 million worldwide 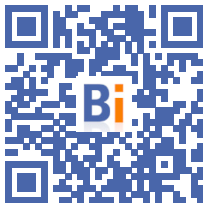 A new report confirms the growth of jobs in the renewable energy sector despite numerous crises and calls for targeted industrial strategies to create stable supply chains and “good jobs”.

Employment in the global renewable energy sector hit 12,7 million last year, a year-on-year jump of 700.000, according to a new report, despite the lingering effects of COVID-19 and rising of the energy crisis.

Renewable energies and employment: Annual review 2022 stresses that the size of the national market is one of the major factors in the creation of jobs in renewable energies, along with, inter alia, the cost of labour. Solar energy is proving to be the fastest growing sector. In 2021, it provided 4,3 million jobs, more than a third of the current global renewable energy workforce.

The new report was released by the International Renewable Energy Agency (IRENA) in conjunction with the International Labor Organization (ILO) at the Global Clean Energy Action Forum in Pittsburgh, United States.

In the face of growing concerns about climate change, the recovery from the COVID-19 pandemic, and supply chain disruptions, countries are showing increasing interest in decentralizing these supply chains and creating jobs nationwide. The report describes how essential it is to rely on strong national markets to anchor a momentum for the industrialization of clean energy. The development of export capacities for renewable technologies also depends on it, he adds.

For Francesco La Camera, Director General of IRENA: “Despite the many challenges, renewable energy jobs remain resilient, and have been proven to be a reliable engine of job creation. I advise governments around the world to pursue industrial policies that encourage the creation of decent jobs in the renewable energy sector within their own countries. Boosting a national value chain not only creates business opportunities and new jobs for local people and communities. It also enhances supply chain reliability and contributes to greater overall energy security. »

The report shows that a growing number of countries are creating jobs in renewable energy, and that nearly two-thirds of all those jobs are in Asia. China alone accounts for 42% of the global total, followed by the EU and Brazil (10% each), then the United States of America and India (7% each).

For ILO Director-General Guy Ryder: “Beyond the numbers, increasing attention is being paid to job quality and working conditions in renewable energy, with a view to ensuring decent and productive employment. The growing share of female employment suggests that dedicated policies and training can significantly improve women's participation in renewable energy professions as well as inclusion and ultimately achieving a just transition for all. . I encourage governments, workers' organizations and employers to remain firmly committed to a sustainable energy transition, essential for the future of work. »

The report highlights a number of major developments at regional and national level. Thus, the countries of Southeast Asia are becoming major centers of photovoltaic manufacturing and major producers of biofuels. China is the main manufacturer and installer of photovoltaic solar panels, and creates a growing number of jobs in offshore wind. India has added more than 10 gigawatts of solar photovoltaic energy, which has generated many installation jobs, but the country remains heavily dependent on imported panels.

Europe, which now accounts for around 40% of global wind generation and is the biggest exporter of wind power equipment, is trying to rebuild its photovoltaic solar panel manufacturing industry. Africa's role is still limited, but the report highlights that there are growing employment opportunities in distributed renewable energy, particularly to support local trade and agriculture, among other economic activities.

On the American continent, Mexico is the leading supplier of wind turbine blades. Brazil, which remains the largest employer in the field of biofuels, also creates many jobs in wind and solar photovoltaic installations. The United States of America is beginning to build a nationwide industrial infrastructure for its nascent offshore wind sector.

As part of a just transition, the report insists that the expansion of renewable energy must be supported by comprehensive policy measures, including the training of workers, in order to guarantee decent, quality jobs that are well paid and diversified.