The number of craft business creations reaches a record in 2021 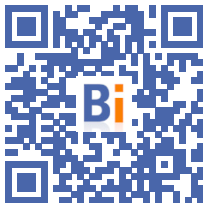 The new edition of the ISM-MAAF craft barometer reveals the figures for business creations in the craft industry in 2021. Nearly 250.000 craft businesses were created in France, an increase of 13% compared to 2019. A record which attests to the dynamism of artisanal entrepreneurship which emerged unscathed, and even strengthened, from two years of health crisis, in most regions and activities. Creations are proving to be particularly dynamic in rural municipalities where they jumped by 23% compared to 2019.

The number of craft business creations soars in 2021

In 2021, 250 craft businesses were created in France. A figure up 000% (+13 companies created) compared to 29 and the pre-health crisis situation. One in four entrepreneurs today set up their business in the craft sector. 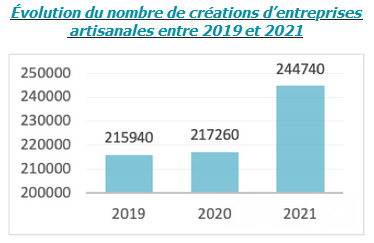 Marielle Vo-Van Liger, Marketing and Communication Director MAAF: "The creation of craft businesses took off in France in 2021 to reach a level much higher than that of 2019. The health crisis, which has however heavily and lastingly affected the French economy, has in no way undermined the motivation French people wishing to embark on artisanal entrepreneurship. This favorable momentum testifies to the still intact appeal of the crafts sector and the strength of the vocations it generates. This is particularly the case in rural municipalities where business creation has taken off and fully participates in the quest to revitalize these territories. »

In 2021, rural municipalities recorded the highest increase in the creation of craft businesses (+23%), followed by small towns with fewer than 10 inhabitants (+000%). In comparison, the dynamic is much weaker in cities with more than 21 inhabitants (+200%).

Two factors can explain this dynamism of artisanal entrepreneurship in rural areas. First, the departure of city dwellers to the countryside and the development of teleworking, consequences of the health crisis. Many French people who have suffered from confinement in the city have chosen to settle in the countryside and some of them have undoubtedly developed a craft activity there, such as the distance selling of craft products or crafts. for example.

Second factor: the dynamism of building activities in rural communities. Strongly impacted by the crisis, the building sector experienced a strong catch-up effect in 2021, generating an additional market. A buoyant context for business creation: most craft businesses created in municipalities with less than 5 inhabitants are in fact construction companies.

Rise in registrations in most activities, food crafts increasingly attractive 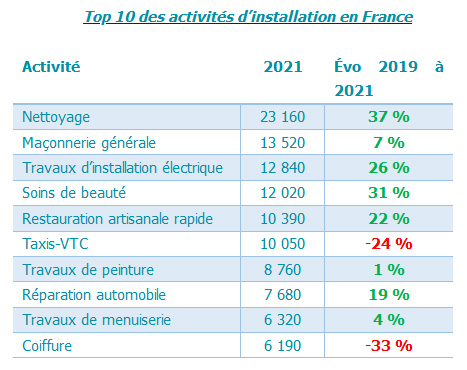 Of the more than 300 activities that make up the crafts sector, the 10 major construction and service crafts activities alone account for half of business creations.

They almost all recorded an increase in registrations – to reach levels higher than those of 2019 – with the exception of taxi-VTC and hairdressing activities, heavily affected by the health crisis.

The results of the ISM-MAAF barometer testify to the growing attractiveness of the food industry: biscuit manufacturing activities, for example, recorded a 46% jump in business creations compared to 2019, as well as chocolate (+34%) and pastries (+27%). Artistic professions, these “gesture” professions imbued with authenticity, also attract entrepreneurs: +30% registrations in 2021.

Catherine Élie, director of studies at the Institut Supérieur des Métiers: “The increase in business start-ups in the food industry testifies to the upheaval in French consumption habits in recent years, between the advent of short circuits, the desire to “eat local” and the development of nomadic consumption. In addition, the health crisis and the successive confinements have led many French people to question their professional careers and to choose to reorient themselves towards professions of passion such as artistic professions. In rural areas, business start-ups are progressing strongly in these activities as well as in building activities, which are also benefiting from the exodus of city dwellers. The majority of the creations are nevertheless micro-enterprises whose economic viability and markets will have to be confirmed. » 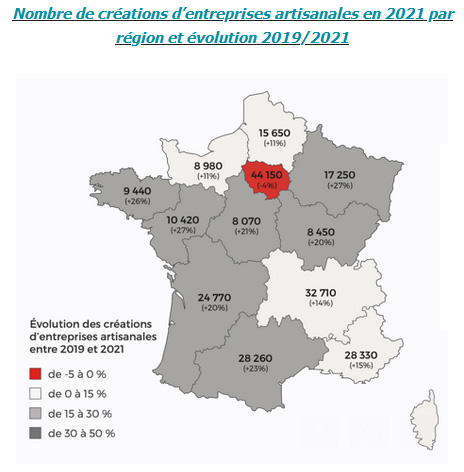 Most regions are registering an increase in registrations. The highest increases are observed in the Grand Est (+27% compared to 2019), the Pays de la Loire (+27% also) and in Brittany (+26%). Then come the Bourgogne-Franche-Comté, Centre-Val de Loire, Nouvelle-Aquitaine and Occitanie regions, which show an increase in registrations of more than 20%. Hauts-de-France, Normandy, Auvergne-Rhône-Alpes and Provence-Alpes Côte d'Azur bring up the rear with increases of between 11 and 15%.

Only Île-de-France shows a decline in the creation of craft businesses (-4%) which is explained by the fall in taxi-VTC registrations and more generally by the drop in creations in service and transport activities. manufacturing.

The propensity to create a craft business varies according to the departments: if, on average, the creation of a craft business concerns 8 adults aged 25 to 60 out of 1000, this rate is two to three times higher in the Mediterranean departments than in it is not on the Channel coast. The departments of Alpes-Maritimes and Var are thus the most enterprising in France when it comes to craft activities. 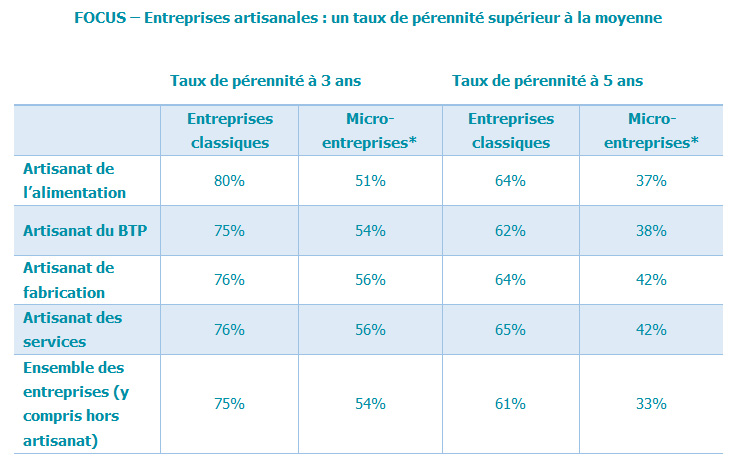