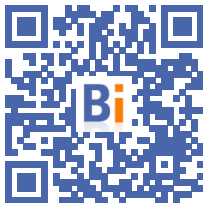 With its 25 commitments, the industrial excellence plan in nuclear power put in place by EDF should make it possible to regain "confidence" after the failure of Flamanville, in the hope of winning new orders, explains its project manager. Alain Tranzer, from the PSA automotive group.

"It's a very technical, in-depth plan to change things, with a single objective: to show that we have changed to give confidence in the fact that we can give us, if the politician wants it, a new one. orders new plants and that they will be delivered in accordance with quality, costs and deadlines, "he said in an interview with AFP.

This former automotive sector was appointed in February as "general delegate for industrial quality and skills" - a newly created position - in order to implement EDF's "excell" plan, which must apply to the entire French sector.

This plan is supposed to learn from the setbacks of the Flamanville EPR, the costs of which will have been multiplied by 3,3 (to 12,4 billion euros according to EDF) and the delays by at least 3,5. The former boss of PSA Jean-Martin Folz had qualified the site of "failure for EDF" in an audit report submitted to the government.

Mr. Tranzer presented 25 commitments on Thursday on 5 themes: improving the governance of major projects, increasing the skills of the sector, manufacturing and construction guaranteed to be compliant the first time, better relations with suppliers and finally standardization to strengthen quality and safety .

Some measures are also dedicated specifically to a "welding plan" - while the latest delays at the Flamanville EPR are precisely due to faulty welds which must be resumed.

"There is a lot of emphasis on welding schools: one has already been launched by Framatome in Châlons-sur-Saône, a second is currently being inaugurated in Bridgewater near Hinkley Point for the power plant which is under construction in Great Britain , and in Cherbourg, in our welding center of excellence, we want a first promotion to be launched from September, ”underlines Mr. Tranzer.

The CEO of EDF, Jean-Bernard Lévy, had wanted to recruit this Mr. "nuclear excellence" outside the sector in order to be inspired by what works elsewhere.

"We relied on the benchmark of the best practices of other industries: Naval Group, Airbus - which drew all the experience feedback from the A380 to make the A350, and of course PSA", indicates Mr. Tranzer , as well as Alstom.

He was inspired by these companies to improve the management of major projects but also standardization - a key concept in the automotive industry.

For example, EDF can now use more than 13.000 different types of valves for its power plants. "Our ambition is to retain only around 300 taps in the catalog", explains Alain Tranzer.

"Excell" will also benefit from the recovery plan, which provides for a budget of 470 million euros for nuclear. This money will in particular make it possible to "support the industrial fabric", with an investment fund dedicated to SMEs, and "skills".

This phase of the implementation of the industrial excellence plan should go until mid-2021. A deadline that owes nothing to chance, since it is the moment when the government expects EDF to submit its bid for the possible construction of new improved EPRs, simpler and less expensive (EPR2). The decision whether or not to launch new nuclear projects will however await the next five-year term.

"We want to give confidence in mid-2021 because it is on this date that we plan to hand over the offer of the EPR2 to the French state," said Mr. Tranzer.

The goal is more broadly "to obtain new orders for new plants in France, Great Britain, for export ....", according to him.

But the plan must also be used for the construction site of the English EPR already started at Hinkley Point C or for the "great fairing", the program of major works to continue the life of the existing park.