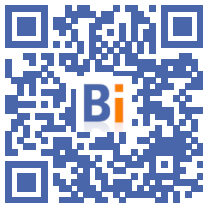 From the warmth of the basement to the classrooms. In New Aquitaine, the savings recorded in pioneering high schools are encouraging the region to bet on geothermal energy to replace gas.

"Our gas bill last January had tripled compared to that of January 2021. That of February was this time equal to zero", rejoices Laurence Colin, principal of the Lycée des métiers Condorcet, in Arcachon.

Since February, this Girondin establishment which trains students in tourism or catering professions has been one of nine neo-Aquitaine high schools (out of 296) heated by geothermal energy.

The system, to which almost all establishments in the region are eligible, is supplied by the four wells of the French company Vermilion which produce oil... but also hot water of 65 to 80 degrees, 300 meters away. . Thanks to a plate heat exchanger, the calories from the latter are recovered to in turn heat the water in the school's boiler.

According to Laurence Colin, "we had a little warmer this winter, probably because we didn't have to restrain as much to save money".

Second geothermal resource in mainland France behind the Paris Basin, New Aquitaine has spent the past six years 15 million euros to install this source of energy in its establishments.

This investment will be "at least doubled" in the years to come according to the vice-president of the regional council Jean-Louis Nembrini who recalls that the region had to "vote an extension of 10 million euros to support the high schools which did not arrive more to pay the gas bills".

At the Lycée Victor Louis de Talence, near Bordeaux, water is drawn from the basement and then a heat pump raises the temperature according to the establishment's needs.

The installation, which cost 2,3 million euros, allowed a division by 10 of CO2 emissions and to almost divide by three the operating cost (150.000 euros against nearly 400.000), depending on the region. The gas bill is replaced by an electricity bill, necessary for the operation of the pump.

If the energy crisis puts a spotlight on geothermal energy, it has long been neglected by communities.

"A few years ago, at the price gas was still at, it took payback times which were often 10 to 14 years", explains Xavier Pujos, project manager for the region.

And "even if we say since the first world summits that we must reduce CO2 emissions, we were not going on this ground".

Today, the return on investment has decreased even further. If a projection in the coming years is difficult, "we will never have a price per kilowatt of electricity four times higher than that of gas", assures Xavier Pujos. An increase that would cancel out the benefits of installing Talence.

What about security? In 2019 in Strasbourg, a deep geothermal project (water drawn from more than 1.500 m deep) was called into question after several earthquakes.

A risk swept away by Xavier Pujos: "In Alsace, they operated much deeper, with seismic risks. In addition, it was about an extraction of material" unlike the neo-Aquitaine examples where water is reinjected into the floors to avoid an imbalance.

"The sectors on which we have points of vigilance such as risks of collapse, landslides, are identified", supports Jérôme Barrière, hydrogeologist of the Bureau of Geological and Mining Research (BRGM) of the region. Geothermal energy can be envisaged but after the approval of experts.

On the BRGM side, we are assured that requests for information have recently increased.

“Geothermal energy has come back to the table with every major energy crisis. The first boom appeared after the oil shock of 1979”.