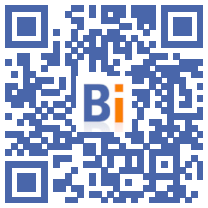 Significant drop in its tax resources and consequent increase in its energy bill, with nearly 50 million euros less for 2023, the CMA network is sounding the alarm! It is about the quality of support for craft businesses as well as the economic development and attractiveness of our regions.

In the state of discussions in Parliament, the finance bill for 2023 provides for a reduction of 15 million euros in the share of the TFCMA which goes to the network of CMAs; this drop is part of a broader trajectory of 60 million euros by 2027. At the same time, the Chambers of Trades and Crafts are not immune to the surge in energy prices, leading to a rise in the energy bill across the CMA network, estimated for next year alone at some 17 million euros. Finally, it is in this particularly worrying budgetary context that the revaluation of the index point of the agents of the CMA network has been added to 3,64%, for a total amount estimated at 18 million euros for 2023.

Under these conditions, the shortfall (fewer resources and new expenses) for the CMA network could therefore amount to 50 million euros, which will not be without serious and harmful consequences on the quality of support for craft businesses on the one hand, and the presence of the CMA network in all territories, on the other. Indeed, several regional CMAs have no other option than to prepare non-renewals of fixed-term contracts and/or to consider closing local branches, particularly in rural areas. It is also (expensive) training in certain professions that could be eliminated.

While craft businesses are suffering from the economic crisis and need quality support more than ever in all territories, the risk of territorial disengagement from the consular network of CMAs is very real. Need we remind you that the CMAs, actors of the “last mile”, carry out local public service missions on behalf of the State?

The president of CMA France, Joël Fourny, wishes to underline that "today the Chambers of trades and crafts constitute an effective network whose work is hailed by local elected officials and parliamentarians alike, a network which has to reform following the PACTE law, a network present in all the territories of the Republic, including the most fragile (rurality, QPV, overseas). If the network is fully aware of the need to participate in the national effort, it must be proportionate and sustainable. This is why, rather than weakening it, our network must be supported and consolidated. It is about the dynamism of the local economy as well as the attractiveness of the territories. It is an investment for the future in favor of the craft sector as well as the territories. »

At the very moment when the Congress of Mayors of France will be held (from November 22 to 24 in Paris) and when it will then be a question of attractiveness and regional planning, the Senate will have to examine amendments to the PLF 2023 proposing to maintain to 203 million euros the tax resource of the CMA network. This will also be an opportunity for the Government to review its position and renew its confidence in the network of Chambers of Trades and Crafts, and more broadly to send a message of support to the crafts sector.