The "nationalization" of highways is reinvigorated in the presidential debate 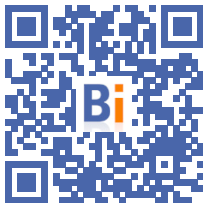 Seven months before the presidential election, an old sea serpent resurfaces: from Marine Le Pen to Jean-Luc Mélenchon, several candidates plead for the "nationalization" of the motorway companies, a proposal described as "populist" and "demagogic" by the government.

Denouncing "a real spoliation of the French", Marine Le Pen (RN) estimates that such a "nationalization" would make it possible to lower the price of tolls by 10 to 15% and deliver an additional one and a half billion euros per year to the state budget.

This "would make it possible to put an end to the organized theft constituted by the tolls", abounds the LFI candidate Jean-Luc Mélenchon.

The measure would even be the "first decision" of candidate Arnaud Montebourg, who wants to redirect revenues to ecological investments. Just like the candidate for the primary of the ecologists Eric Piolle, for whom "the network infrastructures must be public".

"The motorway concessions (...) expire in ten years. The biggest in 2031 and the majority in 2036, added the minister. There will be a subject of knowing what to do next. But if we nationalize now, by contract law, by the rule of law, we should compensate the motorway companies to the tune of 45 to 50 billion. "

In 2014, an information report from the National Assembly mentioned the figure of 44 billion.

"While if we wait ten or fifteen years, (...) we can recover these highways for zero euros," said Bruno Le Maire, Minister of the Economy, on Monday in response to Marine Le Pen's proposal, denouncing in passing the "desert of ideas" of the opposition.

The 18 motorway concession companies in France (APRR, Cofiroute, etc.), responsible for managing, maintaining and modernizing them via fixed-term contracts, are regularly accused of making massive profits since the "privatization" of the network, while increasing toll prices each year.

The latter had been places of social demand around purchasing power in 2018, during the "yellow vests" movement.

Their "privatization" was carried out in 2006 to release funds and absorb debt by the government of Dominique de Villepin. He has always defended "a good deal", however much criticized afterwards for having deprived the State of revenue.

In 2019, companies paid 3,1 billion euros in dividends to their shareholders and achieved a turnover of 10,6 billion, according to a report from the Transport Authority.

They also paid 50 billion euros in taxes and invested 20 billion in the network between 2006 and 2018, recalls the Ministry of Transport.

In 2014, a report from the Competition Authority noted the "rent" of motorway companies since privatization.

Minister Ségolène Royal had tried, unsuccessfully, to freeze toll prices, and 152 Socialist deputies had asked the Valls government to buy back the motorway concessions. "This would be a powerful act of the left, which your government could be credited with," they wrote in a letter.

Indeed, on the left, "the word + nationalization + has a very strong symbolic charge, because there was 1981", explains economist François Morin, former adviser to Matignon that year to nationalize the banking sector, the flagship promise of the program of François Mitterrand, newly elected.

At the time, the aim was to give the country back control over monetary issuance and credit. Paribas, Suez, CIC, among others, will be nationalized.

But the failure was rapid, recalls the economist: five years later, companies are massively reprivatized.

In question, according to François Morin, an unbalanced governance which did not push to the end the democratization of the company. "Very quickly, public enterprises became a bit like the others."

Drawing lessons from 1981, the former advisor at Matignon advocates co-determination, including for highways: equal sharing of corporate governance between citizens and shareholders. A principle also defended by Arnaud Montebourg in his candidacy speech.