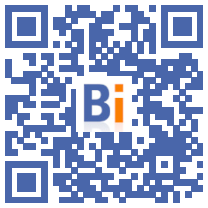 The founding members of the National Observatory of the Living Environment (ONCV) presented the results of the second edition of the “Annual Living Environment Barometer” on 30 November. The goal? Provide stakeholders in the living environment and communities with indicators that allow them to develop the attractiveness of their territory. 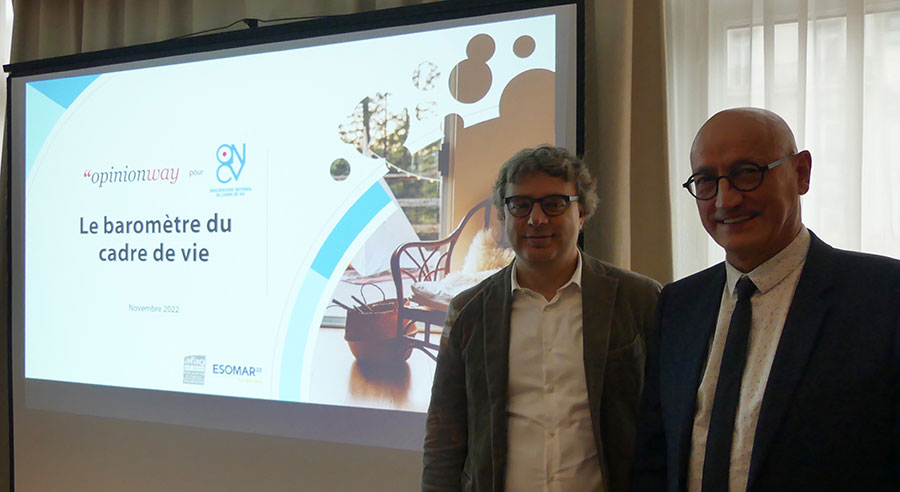 The Order of Surveyors, the National Council of Architects, the OPQU, the UNAM, the French Interprofessional Association of Ecologists, the Federation of SCOT, the OFB and the FFB's housing division presented the new survey produced by OpinionWay. The results of this Barometer make it possible to understand how the French perceive their environment and life and to deliver indicators on the main factors of satisfaction at home or at work.

In 2021, OpinionWay had already produced a first Barometer for the ONCV, particularly marked by the effects of the pandemic.

Carried out with a sample of more than 1.000 people representative of the population, this survey makes it possible to follow the relationship of the French to their living environment according to their region, their place of residence (agglomerations, medium-sized towns and rural communes) , their age and their socio-professional category.

French people attached to the comfort of their home and the proximity of health services, but who wish to preserve their purchasing power

Unsurprisingly, “the comfort and quality of their housing” remains the first important criterion of the living environment for the French (61%), up from 2021 (+4 points). Calmness comes next (55%, +2 points) but also security, up sharply (54%, +5 points). This last criterion is more important for people aged 65 and over (63%), inhabitants of medium-sized towns (62%) and people living in a neighborhood close to the city center (58%).

In times of high inflation, two out of five French people mention "money and purchasing power" as an important element when discussing their living environment, and this criterion is up sharply (41%, +11 points) .

At a time when the public authorities are looking for solutions to remedy medical desertification, proximity to health services is another criterion that is gaining in importance for the French (41%, +12 points). 23% of them even consider that this proximity is essential for their living environment. Seven out of 10 French people (69%) believe that it is a top priority to have a general practitioner less than 15 minutes from their home, and 65% of a pharmacy. The French who consider the presence of a general practitioner a priority tend to be people aged 50 and over (76% compared to 61% of people aged under 50, or even 52% of people aged 18 to 24) or people living in the provinces (71% against 61% of Ile-de-France residents). These results confirm the generational and territorial issue of medical deserts.

Finally, it should be noted that the French consider their living environment less satisfactory in terms of the offer of services than in 2021 (72% satisfied and -4 points for access to leisure, the same for proximity to services health). On the other hand, other dimensions such as the presence of nature (80%, +3 points) or the absence of pollution (65%, +2 points) gain in satisfaction.

While the health crisis has aroused desires for a change in the living environment, more than a third of French people say they want to move to gain comfort (35%, +1 point). This aspiration is particularly strong among women (40% against 30% of men), young people (54% of people aged under 35 against 29% of people aged 35 and over), working people (40% against 29% of the inactive) and urban dwellers (43% of the inhabitants of the Paris conurbation against 30% of rural dwellers).

Divided about the idea of ​​getting closer to their work (53%) or their loved ones (46%), the opinions of the French are more clear-cut regarding the environment of their home: they lean towards functional housing but far from the city center (75% against 23% who, on the contrary, put the functional dimension in the background compared to the location in the city center). Indeed, the need for calm is an important criterion for a large part of the French. The latter want to see as few people as possible when they leave their house/apartment (72%).

Finally, proximity to shops and services is an ambivalent criterion according to the French: if 52% of them prefer to have a smaller space but be close to commercial and medical services, etc., the other half favor space even if it means moving away from services (46%). This divide is partly explained by the habit of lifestyles: 86% of rural people will give priority to their accommodation, while the inhabitants of the Paris conurbation will prefer access to services, shops, healthcare, etc. (36%, i.e. +24 points compared to rural dwellers).

In the future, global warming will be taken into account in the choice of living environment of the French

Asked about greening projects in cities and territories, the French give priority to the preservation of biodiversity (59% completely a priority), the development of natural spaces near city centers (57%) and the planting of trees, flowers in public spaces and in private homes (55%). Access to nature is, in fact, an important issue for 85% of French people (including 44% as a priority).

Added to this desire for revegetation and greenery is the issue of climate change and its effects, of which the French are fully aware. Although it has not yet influenced their choice of current place of residence (71% including 39% no, not at all), in the future, climate change will have an impact for the French in the choice their living environment (57% including 18% yes, absolutely). A particularly marked trend among the youngest, the inhabitants of the Paris conurbation and people who want to move. They are respectively 69%, 64% and 69% to declare that the effects of global warming will weigh on the choice of their future place of life.

Rising temperatures and heat waves, felt in particular during the summer and autumn of 2022, are the first fear mentioned by a quarter of those questioned (25%). Next come the need to adapt housing equipment (13%) and the increase in natural disasters (12%).

The impact of climate change therefore becomes another reason for wishing to live elsewhere: nearly one in five French people say they could reconsider their place of residence depending on the evolution of global warming (19%, including 9% in another region or country).

“This annual meeting makes it possible to capture the evolution of French people's expectations and provides valuable indicators that allow local authorities to refine their public policies and actors in the living environment to identify the levers to be activated to strengthen the attractiveness places to live », believes Bruno Jeanbart, Vice-President of OpinionWay.