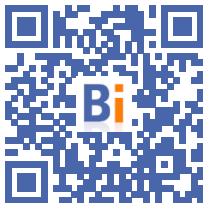 The National Forestry Office (ONF), which manages French public forests, will cut 475 out of 8.400 jobs within five years, we learned Friday evening from the management of the establishment, heavily in debt.

"This is not a social plan, they are retirements and natural departures," management told AFP. The job cuts will be made taking into account "the strategic issues of the establishment", whose "territorial network is preserved", she specifies.

This announcement was made on June 10 by the cabinets of various ministries, including Agriculture, the ministry responsible for the establishment, during a meeting about the next contract of objectives and performance (COP) 2021-2025 , with the National Federation of Forestry Municipalities (FNCOFOR), the latter said in a press release on Friday.

"The announcements made to us are unacceptable!" Said this federation, according to which "an additional contribution from communities to the financing of the ONF" was requested.

"The project to increase the contribution of the municipalities would amount to nearly 30 million euros", according to FNCOFOR. "To keep weight, the future State-ONF COP provides for the elimination of nearly 500 full-time jobs at the ONF. Pay more to have less!", She concluded.

This announcement confirms the fears expressed in early February by the ONF intersyndicale.

She considered that this decision was "likely to seriously amplify the deterioration of working conditions and to undermine the health of ONF staff".

In particular, she underlined that "climate change and forest dieback will require more and more work to ensure health monitoring and the renewal of forest stands".

The agricultural component of the recovery plan initiated by France to deal with the Covid crisis provides for 200 million euros for forests, including 150 million euros to reforest forests sometimes seriously affected by drought and attacks of insects on trees, such as bark beetles, beetles that dig holes in trees weakened by drought.

This budget contrasts in terms of its size with the resources committed in recent years for reforestation.

The Ministry of Agriculture told AFP that it had mobilized 60 million euros of "exceptional subsidy" in order to "support the ONF and strengthen the balancing subsidy", within the framework of the COP, which comes from add to the 31 million euros paid as part of the ONF recovery plan to finance forests that have suffered health crises.

"We will try to strengthen this part," said the ministry, which added that the balancing subsidy of about 150 million euros paid each year to the establishment has also been renewed for the next five. years.

The ONF employed 2020 people at the end of 8.400, about half of whom are civil servants or public law contractors.