The National Agency for Urban Renewal (ANRU) settles in Seine-Saint-Denis, "a symbol" 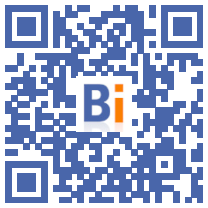 At 18, the National Agency for Urban Renewal (ANRU) leaves Paris for Pantin in Seine-Saint-Denis, the first department to receive its efforts to renew neighborhoods to promote economic activity and "mixing", recalls Anne -Claire Mialot, its general manager.

Installed, since its creation in 2004, rue de Vaugirard in the sixth arrondissement of the capital, the agency has moved its 130 employees to the other side of the ring road, in a brand new building along the canal de l'Ourcq, where the available land has made real estate projects flourish.

"The idea of ​​coming to Seine-Saint-Denis was imposed given the fact that it is the department in which we have the biggest intervention in terms of urban renewal", explains in an interview with AFP Anne -Claire Mialot, appointed last December.

"It also allows us to show that we concretely believe in the possibility of transforming neighborhoods, and that's also what our arrival symbolizes," she says.

The new headquarters are to be inaugurated on Thursday, in the presence of the new Minister of Towns and Housing, Olivier Klein, who until then held the presidency of this public establishment.

"It is a source of pride to see the President take on these functions which are essential for the future of our country. He has experience in housing construction, urban renewal and urban policy in his city of Clichy-sous-Bois" of which he is mayor, estimates Ms. Mialot.

In total, 453 neighborhoods are targeted by the new national program for urban renewal led by the ANRU, which has a budget of 12 billion euros.

“Today is operational time” with a majority of projects launched, underlines its director.

Thirty-seven districts of Seine-Saint-Denis, the poorest department in metropolitan France, are concerned by these operations for "more than 2 billion euros in financial assistance", ie subsidies and subsidized loans.

ANRU also intends to deploy massively in Marseille, where the "Marseille en Grand" plan plans to inject 650 million euros to renovate poor neighborhoods (Castellane, Kalliste, etc.) and "the city center where we put 200 million euros to work on private housing".

Working-class towns in the North, as well as the Lyon metropolis, will also see renovation programs come to fruition.

With everywhere, the same compass: "to work on the renovation of the habitat, but also on the social and functional mix, to bring back economic development and activities in the districts".

Exit the "dormitory districts", it is necessary "to redo cities where all the functions are present", announces Ms. Mialot.

Through its action, the ANRU has, according to its director general, "a leverage effect on other issues such as inclusion, sustainable development, resilience".

But isn't the resumption of inflation, which notably hits the price of materials and increases the cost of loans, likely to thwart certain major projects?

"If it's cyclical, it's a bump that we will go through like others, if it's a little more structural, the question could arise of the sustainability of a certain number of projects", slips Anne- Claire Milot.

"For the moment, I have elected officials and donors who tell me, + it's complicated +, but I have no one who told me + I'm stopping this project because I can't finance it + ".

Beyond the improvement of the living environment of the inhabitants, the urban renovation operations include the presence of public facilities (schools, nurseries) and "diversification of habitat" to accommodate different populations.

"The concentration of the most precarious people in the same place does nothing good. Diversity allows mutual aid, dialogue, living together, mutual knowledge, to break down stereotypes", judge Anne-Claire Mialot .