The company, the most "relevant" level for negotiating salaries, according to the president of Medef 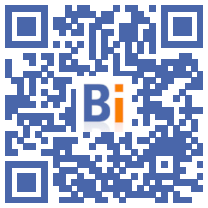 The company is the most "relevant" level for salary negotiations, and not the branch of activity, said the president of Medef Geoffroy Roux de Bézieux on Monday.

Prime Minister Jean Castex asked the social partners at the beginning of September to open negotiations on wages in new branches, including hotels and restaurants and the food industry, which are facing major recruitment difficulties.

"The level of the branch is not necessarily the most relevant," retorted the president of the employers' organization Monday on LCI.

"If you take the hotel industry, for example, there are hotels that are not doing too badly, especially on the Atlantic coast because the summer has been good, but you take Paris where unfortunately there is still no foreign tourists, unfortunately the situation is very difficult ", he explained.

Geoffroy Roux de Bézieux also said he was convinced that "when there are recruitment difficulties, at one time or another salaries increase", adding that this is already the case for salaries in restaurants in the Paris region. .

"So this somewhat national vision of the economy from Paris does not seem relevant to me: it is in companies that it can be played", according to the president of Medef.

Geoffroy Roux de Bézieux also judged that the re-establishment of tax-exempt overtime was "a good idea, it worked very well under Sarkozy", but that "it will not solve the hiring problem".