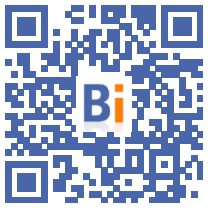 The flea market at Porte de Montreuil, a popular market in eastern Paris, will take place four days a week, compared to three currently, during the upcoming redevelopment work on this entrance to Paris, Paris City Hall told Thursday. the AFP.

In addition to the transformation of the roundabout located above the ring road into a green esplanade, the project carried out by the town hall, for an estimated cost of 100 million euros, provides for the construction of a double hall in place of the occupied outdoor parking lot. today three days a week by fleas.

From June 2023 and for four years, the fleas will occupy 320 locations all along a nearby avenue leading to the Porte de Vincennes, said Olivia Polski, the trade assistant to PS mayor Anne Hidalgo.

While this market is held today from Saturday to Monday, traders will also be able to exercise on Fridays during the transitional phase, in order to "find their way around economically" and that the delegation of public service (DSP) be "balanced" between the receipts of the rights of place and the expenses, explained Ms. Polski.

The relocation to the hall, which should be delivered in the fall of 2026, is scheduled for May or June 2027, according to the socialist assistant who will set up an amicable settlement commission (CRA), as on the construction sites of the tramway, to compensate for any loss of revenue for traders, on receipt of proof.

The hall, which arouses the concern of some 390 traders, including 250 holders and 140 "flyers", must allow "to keep traders and improve the presentation and attractiveness for the customer", told AFP the mayor of the XNUMXth arrondissement Eric Pliez.

"We don't want to make it either a shopping center or a luxury market," insisted the mayor, who wants the flea markets, known to lovers of second-hand clothes and flea markets, "to keep a popular character".

The project presented at the end of 2021, which provided for 240 spaces in the hall in return for an opening five days out of six, will be discussed again from the end of January, according to the president of the flea market Djamel Zidani, who wants to achieve a "real market flea market with 350 slots".

The town hall must sell the land to the promoter Nexity who will build the lot, then bought for 26 million euros by the town hall.