The Mipim show, the world meeting of real estate, wants to resume face-to-face in September in Cannes 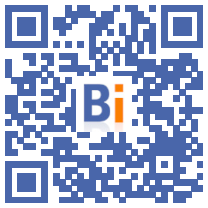 The Mipim, the world meeting of real estate professionals, will be back in person in Cannes on September 7 and 8, announced its organizer, who hopes to welcome in person between 5.000 and 10.000 participants, if the health situation allows it.

The show, which was initially supposed to be held last June after being canceled in March 2000 in the midst of the pandemic explosion, is the main annual meeting for global real estate players, not only companies, investors, developers or service providers but also local elected officials and political leaders.

It welcomed more than 28.000 participants from more than 100 countries during its last edition in 2019, according to Ronan Vaspart, director of Mipim.

"Digital has been the buffer during these 12 to 18 months but is not enough," he told AFP.

The 2021 edition of the international trade fair for real estate professionals will be held in a tight format over two days at the Palais des festivals pending its return to the usual dates, since its launch in 1990, from March 15 to 18, 2022, said in a press release Reed Midem, the organizer of Mipim.

It is a "unique event, designed to bring the international real estate community and investors together in person" after months of restrictions, according to Reed Midem.

The September edition will be "hybrid" with a digital platform that will offer complementary broadcasts of business meetings, exhibition space and conferences and, according to Mr. Vaspart, more focused on continental Europe .

The meeting "will make it possible to take stock of the sectors of activity which have been particularly affected and the action plans to be put in place to transform certain models", specified the director.

The questions of the future of the world of office buildings with forced teleworking and the rise of co-working, needs for more residential exteriors accentuated by confinement or even the business model of the hotel industry or the building design in the health sector will be discussed in particular.

"Two elements already initiated will accelerate, it is the environmental dimension" and "the dimension around innovation and digital in this new context" with "smarter buildings" which will make it possible, for example, to better identify the gauges , explains Vaspart.

"We are in a new situation, a new world which forces us to adapt," he continued.