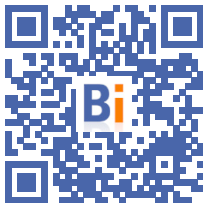 The metropolis of Bordeaux, led by an EELV / PS alliance, voted Thursday its participation in the financing of the LGV Sud-Ouest (GPSO) project, with the votes of elected officials from the left and the opposition from the right and without the support of environmentalists, very hostile to the project.

The elected socialists, communists, LREM and LR have almost all voted a contribution of 354 million euros to the financing of this project which provides for the creation of two new high-speed lines.

The Bordeaux metropolis has decided that its participation will be "directed" towards the development of 12 km of railway lines south of Bordeaux, a component of the project which would also serve to create a local RER.

For the PS president of the metropolis Alain Anziani, the new tracks will make it possible to "blow up" a rail traffic jam south of Bordeaux, as for the north of the city at the arrival of the Paris-Bordeaux LGV in 2017.

Environmentalists, who want to focus on existing routes and denounce the "exorbitant costs" of the project, are very hostile to it.

The mayor EELV of Bordeaux Pierre Hurmic thus castigated Thursday an "approximate" financing plan. For the EELV mayor of Bègles, Clément Rossignol-Puech, "recent history in France shows us that the more high-speed lines there are, the less there is freight and daily trains".

In total, the project is estimated at 14,3 billion euros, 40% of which will be supported by the State (which will release 4,1 billion for the Bordeaux-Toulouse line but has not yet committed to Bordeaux- Dax), 40% by local authorities in the Nouvelle-Aquitaine and Occitanie regions, and 20% by the European Union.

Occitanie has completed its funding (16 contributing communities) but not Nouvelle-Aquitaine (11 communities).

The departments of Lot-et-Garonne and Gironde have already declared their refusal to participate in the financing, the latter preferring to invest in an improvement of the local rail network.

The Nouvelle-Aquitaine region, the departments of Pyrénées-Atlantiques, the Landes and the agglomerations of the Basque Country, Pau, Agen, Dax and Mont-de-Marsan, will vote by the end of December.

Among them, to date, only the region and the Landes communities are in favor of the project.