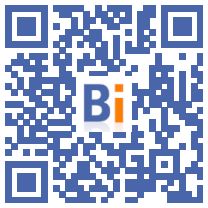 At the heart of the unemployment insurance reform, the change in the calculation of the daily reference wage (SJR), which comes into force on Friday, is the most controversial provision.

The daily reference wage is the basis for calculating unemployment benefit. Until then, it was obtained by dividing the gross wages received during the last 12 months by the number of days worked over this "reference period".

Pôle emploi then calculates the daily allowance: it uses two formulas and retains as the amount the highest result between 40,4% of the SJR + 12,05 euros or 57% of the SJR.

"The definition of the reference salary is fundamental because it raises the question of the income that unemployment insurance must replace", explains to AFP expert Bruno Coquet.

"Defining the income to replace was easy when everyone was leaving a full-time or even part-time CDI. There were no holes in the employment history," adds the economist. But the explosion of short contracts (less than a month) "has created strong inequalities between the unemployed who have had split contracts and those who have worked every day".

Since only days worked are taken into account, the RLS is higher for the former (who had fewer days worked). For example, between two employees working the same number of hours at the same salary, the one who works 15 days per month will have a monthly allowance twice as high as the one on a part-time CDI.

Muriel Pénicaud, then Minister of Labor, considered that "unfair" and not very incentive. All the more so, she assured, "that one in five unemployed" could theoretically receive by this means a monthly allowance higher than his former average salary.

But Unédic replied that this rarely happened because many of these unemployed people, with low incomes, return to work after their admission ("reduced activity"), which reduces their allowance, and continue to alternate short contracts and unemployment in the same way. .

A study by Dares also shows that, due to the complexity of the rules, these "permittents" are not able to "optimize" unemployment compensation.

Finally, Michel Beaugas (FO) recalls that it is the employers who choose these short contracts and "invoice their flexibility to Unédic". According to him, it is not the SJR that must be corrected but the labor market through a "bonus-malus" on contributions stronger than what has been decided.

The 2019 reform provided for the SJR to be calculated by dividing the wages received during the 24 months preceding the unemployment situation, by all the days - worked or not - between the first and the last day of employment of this period. 24 months.

Mechanically, this greatly reduces the amount of the allowance (since we divide the same salary by more days) of those who do not work continuously. In return, their duration of compensation is extended (the days not worked also give rise to a day of compensation).

But the Council of State invalidated, in November 2020, this measure on the grounds that it resulted in "a manifestly disproportionate difference in treatment" between the unemployed.

To mitigate it, the executive has capped the number of non-working days taken into account, which gives the following effect on a person who has worked at the minimum wage for eight months out of the last 24. She would have received an allowance of 985 euros for eight months with the 2017 rules. With the 2019 reform, she would have received 389 euros for 24 months. With the cap, the benefit would be 667 euros for 14 months, bearing in mind that the unemployed generally do not use the integrity of their rights.

A house of cards?

In the spring, Unédic estimated that up to 1,15 million people who would open rights in the year following the implementation of the new calculation method would receive a lower monthly allowance of 17% on average, even if it could be partially offset by solidarity benefits such as an activity bonus.

The reform of the SJR will also lower the ceiling for unemployment-wage accumulation. "We have to see what wins between the incentive to resume a job because the allowance is lower and the lesser interest in combining a job and an allowance", underlines Mr. Coquet.

The CGT considers that the reform will accentuate certain inequalities, simply according to the date of an employment contract. For Mr. Coquet, "unemployment insurance is a house of cards from which one cannot move a card (the SJR) in isolation from the others (eligibility conditions, duration of rights, replacement rate, accumulation rules, etc.) .

"For the unemployed to receive the same allowance in relation to the income they have provided, a new reform will be necessary," he argues.