The Mondial du Bâtiment meetings: an update on the decarbonisation of construction sites 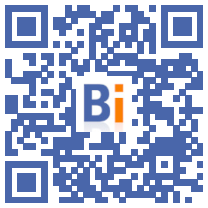 Organized every month under the impetus of the BATIMAT, IDÉOBAIN and INTERCLIMA fairs, "Les Rendez-vous du Mondial du Bâtiment" decipher the major trends in construction.

On the occasion of the fourth edition which took place on July 2, the Mondial du Bâtiment carried out an exclusive survey1 relating to the heat engine in the building.

These figures also fueled the discussions during the "Major Dossier of the Mondial du Bâtiment", the theme of which was "Decarbonization of construction sites" with a focus on construction machinery and modes of transport.

Indeed, the carbon footprint of a site is not limited only to the construction itself. The utility vehicles of the employees who go to the site every day, the delivery trucks and the equipment used on site are also a major contributor to carbon emissions. In addition, there are traffic restrictions, especially in large cities, for vehicles considered to be too emissive. These developments therefore lead the various players in the sector to seek alternative energies (biofuels, electricity) to reduce carbon emissions and make worksites more virtuous.

To debate this question and shed some light on experts, the following were gathered around the table:

Exit the heat engine in the building 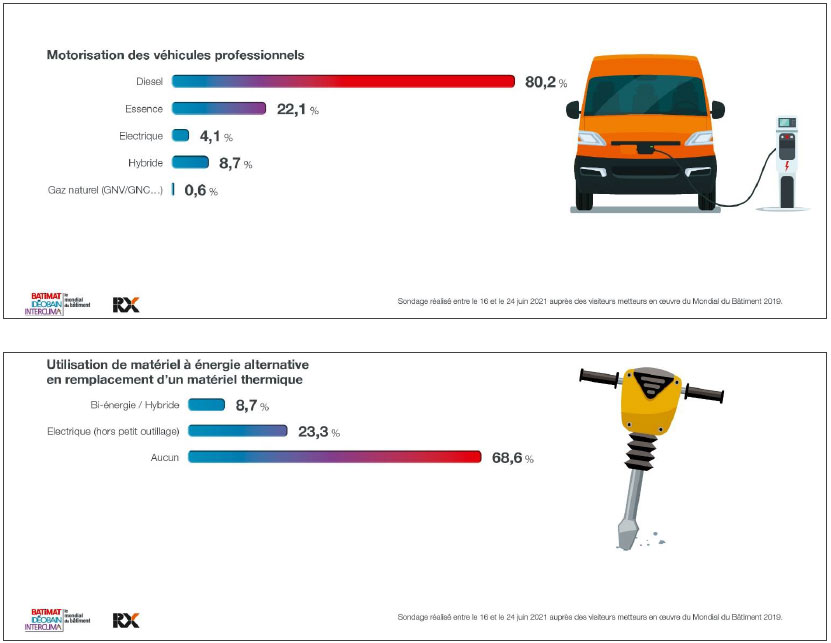 The survey carried out on the occasion of the round table by the Mondial du Bâtiment concerning the deployment of alternative energies for construction machinery or for modes of transport shows that there is still some way to go for them to be generalized. Thus, 80,2% of people who responded to the survey declare that they own a professional diesel-powered vehicle.

These figures have found their explanations thanks to the four contributors to the "Grand Dossier du Mondial du Bâtiment".

What he said to himself during the great debate ...

The 45-minute debate allowed the four speakers to take stock of the use of alternative energies, particularly on construction sites, to move forward on the decarbonisation of buildings. What are the solutions, the major advances but also the obstacles to the generalization of these solutions, here are some of the points that have been addressed.

“The sale and rental of equipment in France represents 12 billion euros in turnover, 50 employees and 000 companies. Among them, 2% are VSEs employing 200 to 60 employees. For these companies, investing in new equipment is too costly, especially now in the midst of the crisis. ” says Hervé Rebollo, General Delegate of DLR.

Julien Chalet, Director of Collective Action, EVOLIS adds: “The supply of electrical equipment is coming slowly. Manufacturers are also faced with issues of standards, regulations and certifications. Another parameter must be taken into account: to use electrical equipment, the site must be electrified. ".

A point that Hugues-Marie Aulanier, Manager Strategy practice Leader at Carbone 4, adds: “Today everything runs on diesel. Switching to another energy supposes solving the questions of the autonomy of the equipment, its recharging and therefore the supply of energy on site. ". But he specifies: “Switching to electricity or carbon-free hydrogen would allow the carbon footprint of the use of equipment to be divided by a factor between 3 and 10. "

“There are more than a hundred thousand equipment to replace if we want to switch to the use of new energies. This can only be done over a long period of time. In addition, we lack visibility on the behavior of this type of equipment in use, on site. " according to Hervé Rebollo.

All stakeholders are unanimous on the need for qualified personnel: “For maintenance, it is necessary to have qualified and trained employees. We need 1.500 technicians per year and we only manage to recruit 800. There is real work to be done on raising the awareness of the youngest to these trades. ", specifies Hervé Rebollo.

For her part, Catherine Guerniou, CSR Leader within the FFB Ile de France, indicates : “There is a lack of consultation and harmonization to bring these changes to fruition. As a company, we lack support and precise information. "

Towards a mix of solutions?

“There is no one solution better than another but rather a need to use the best energies according to the uses. ", indicates Hugues-Marie Aulanier who adds : “Electricity has already proven its worth in private vehicles. When it comes to biofuels, we know that the available supply is lower than the potential demand and that not all are created equal. "

According to Julien Chalet: “There is no one right solution for everything. It is also necessary to take into account the peculiarities of machines and sites to best meet the needs. "

“On a site, there is a need to be able to count on machines that work 100% constantly. This is an important parameter to take into account when choosing the energy that powers a machine. ", according to Hervé Rebollo.

The next “Mondial du Bâtiment Rendezvous” will take place on Friday, September 3.

The Grand Dossier will address the theme: Is France giving itself the means to develop renewable energies in buildings?