Medef criticizes the "lack of ambition" of the government's budget, Le Maire ironically 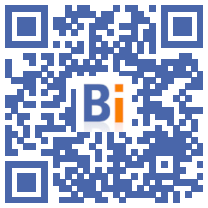 The Medef criticized Monday, September 26 the "lack of ambition" of the government in its draft budget for 2023, and calls for "budgetary restraint", he said in a press release.

"France continues to live beyond its means", affirms the first French employers' organization, which denounces "rising expenses" while "none of the structural problems of France are resolved".

The Medef stressed that if growth did not reach 1%, as the government predicts, "the public debt ratio would be mechanically higher than anticipated". He recalls that the OECD anticipates growth limited to 0,6% in 2023 for the French economy.

For the employers' organization, "there can be no good budgetary policy based on the habituation to public spending reflected in this finance bill".

The Medef had previously strongly criticized the spreading over two years of the abolition of the contribution on the added value of companies (CVAE), while its abolition from 2023 had been announced in July by Prime Minister Elisabeth Borne.

On Monday, the Medef expressed itself in more general terms, considering that the "economic context, marked by the war in Ukraine and the energy crisis, should have encouraged the government to be more proactive by activating the right levers of growth" .

The Mayor is ironic about the criticisms of the Medef

“Let him show a little bit of consistency”: the Minister of the Economy Bruno Le Maire denounced Tuesday, September 27 on France Inter the criticisms of the Medef on the draft budget of France for 2023, presented the standby.

The day after a press release in which the first employers' organization regretted a "habituation to public spending", the government's number two, still heartily applauded at the end of August during the Medef summer school, judged the criticism "a little strong coffee".

"The Medef finds that we are increasing the debt and the public deficit? I make them a proposal: there is only to give up lowering production taxes, it costs eight billion euros, we will save money" , quipped Bruno Le Maire.

In its draft budget, the government plans to abolish the contribution on the added value of companies (CVAE) by 2024, a request from employers which represents a loss of tax revenue of eight billion euros.

"If the Medef really wants us to reduce the deficit and the debt, that it stops paying lip service to the pension reform, that it supports it with enthusiasm and determination," fumed the minister. "It's eight to nine billion euros in savings at the end of the five-year term".

“Let him come and identify with us the tax credits that we could reduce and let him show a little bit of consistency,” concluded the minister, in an unusually dry tone towards employers.

In its press release published on Monday, the Medef had stressed that current expenditure excluding the crisis would increase by "more than 62 billion euros in 2023".

On a more moderate tone, the Union of Local Businesses (U2P) deplored Monday a "limit" in the draft budget for 2023.

According to the organization which represents craftsmen and local shops, the text "will contribute to increasing the country's debt burden without it being possible to guarantee the level of growth which will be reached in 2023".