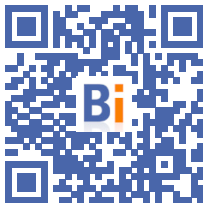 The LR mayor of the XVIth arrondissement of Paris asks the Minister of Culture Roselyne Bachelot to classify the Place du Trocadéro as a historic monument to prevent the Paris City Hall project to close one side of it to traffic, as part of the 'a redevelopment around the Eiffel Tower.

The project of the mayor PS Anne Hidalgo constitutes "a real historical break", estimates Francis Szpiner in a letter dated January 5, confirming information from the Parisian. This project plans to develop a pedestrian area between the center of Place du Trocadéro and the Human Rights Square, world famous for its bird's eye view of the Eiffel Tower.

This redevelopment, an integral part of the "OnE" project aiming to vegetate and pedestrianize the perspective going from this square to the Champ-de-Mars, "would undermine an urban form characteristic of the great Parisian Haussmann squares already undermined by other projects. carried out in recent years "by the left-wing municipal executive, denounces the mayor of the XNUMXth arrondissement.

He cites two emblematic places in the capital, République and Bastille, where car traffic has gone from circular to semi-circular in order to give pride of place to pedestrians and soft mobility.

"The urban composition of the square as we know it" constitutes "a major historical marker which has remained unchanged for almost 160 years", underlines Mr. Szpiner. According to him, this project amounts to "purely and simply erasing the Place du Trocadéro from the Parisian urban landscape".

While the square today offers "an unobstructed monumental opening", the amphitheater would cut off the site "from its environment and the district" because of a "dead end" of the avenues that converge towards it, considers the elected from the opposition.

The first deputy (PS) of Anne Hidalgo, Emmanuel Grégoire, described as "baroque" this request for classification, estimating with AFP "that an intelligent path allowing to reconcile all the uses is possible and desirable to enhance this exceptional heritage space ".

"A green space will be much better for residents and visitors than a polluted and noisy automobile roundabout", adds Ms. Hidalgo's right-hand man.