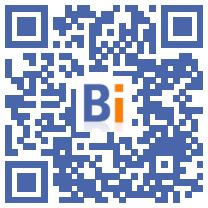 The town hall of Paris announced Wednesday, November 9 the purchase from the SNCF of a railway wasteland in the east of Paris, along a disused railway line, to create an "urban forest", which Anne Hidalgo had promised to multiply in the capital.

This plot located in the 1934th arrondissement, between the gates of Vincennes and Montreuil, stretches along the Petite Ceinture, a XNUMXth century railway axis encircling Paris and disused since XNUMX.

The town hall wants to make it a "biodiversity reserve" and an "example of climate town planning" via the "creation of an + urban forest +", underlined Emmanuel Grégoire, deputy (PS) for town planning of the mayor Anne Hidalgo, during a site visit.

Concretely, the town hall says it wants to plant 2.000 trees there, while preserving those already present, and link this new green axis to an already existing park in order to create a "3,5 hectare wooded park", specified the assistant to the spaces greens Christophe Najdovski.

The town hall plans to open this stretch to the public in the spring of 2024, a few months before the Olympics.

According to Mr. Najdovski, this project in no way harms the reversibility of the Petite Ceinture, whose town hall has opened 12 km of sections to the promenade, i.e. 25 hectares, in accordance with an agreement with the SNCF, which still owns the infrastructure. .

"We do not remove the rails. If one day, in 70 years, trains have to be re-ironed, it is still possible," said the green space assistant.

In June, the elected Communists, allies of Anne Hidalgo, had proposed the relaunch of the operation of the Petite Ceinture in a new form, with leisure projects (velorail, draisines, restaurant wagons, etc.) and equipment " not noisy".

The creation of "urban forests" in the capital is a promise of Anne Hidalgo before her re-election in 2020. But since then, none of the prestigious sites (City Hall, Opéra Garnier, Gare de Lyon, banks of the Seine) then mentioned have has seen the project come to fruition, and the only construction site launched is that of the Place de la Catalunya (XNUMXth century).

Since the spring of 2022, Anne Hidalgo has also had to back down on her project to redevelop the area around the Eiffel Tower, in the face of the mobilization of environmental defense associations who denounced the planned felling of trees there.