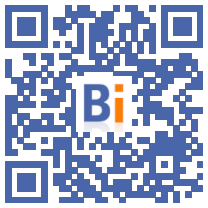 The maximum legal mortgage rate, also known as the usury rate, will increase on October 1 from 2,57% to 3,05% for a loan of 20 years or more, the Banque de France announced on Wednesday September 28.

Intended to protect individuals from abusive borrowing conditions, this rate caps all the costs of a home loan: credit rate charged by the bank, any brokers' commission, borrower insurance.

The application of the formula provided for by law" leads to "a well-proportioned and more marked increase than last June", indicates the Banque de France in a press release.

The rate is calculated each quarter by the Banque de France, which takes into account the average rates charged by banks over the last three months, increased by one third. There are as many wear rates as there are types of credits.

These ceiling rates are under fire from critics, in particular from brokers who see them as a barrier to access to real estate credit.

One of their unions had even gone so far as to demonstrate on September 20 in front of the headquarters of the Banque de France in Paris, to ask the central bank to make a gesture.

The Banque de France considers "neither desirable nor necessary (...) an exceptional increase" in usury rates, whose role "is to protect borrowers", she said on Wednesday.

This increase is “long awaited” by the profession, explained earlier today the president of the Cafpi broker network, Olivier Lendrevie, for whom “a wear rate of 3% would make it possible to resolve the vast majority of blocking situations observed. those last weeks".

It will also result in making new mortgages more expensive for individuals.

The rise in interest rates for new mortgages has been noticeable since the spring, with the banks passing on the tightening of the monetary policy of the European Central Bank (ECB), via an increase in its key rate, in order to combat inflation.

The average rate measured by the Banque de France for new mortgages was for example 1,45% in July, according to its latest figures, against 1,12% at the end of last year.

This is the nominal rate, to which are added all the costs associated with obtaining credit.

However, this increase did not slow down outstanding loans. In an interview with the Sud-Ouest newspaper at the end of August, the Minister of the Economy, Bruno Le Maire, indicated that the real estate market remained "dynamic".