The main measures of the contested reform of unemployment insurance 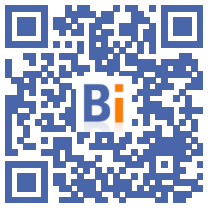 Opening of rights, calculation of compensation, degression for executives, bonus-malus ... The main changes unveiled Tuesday by the government on its reform of unemployment insurance.

The modification of the calculation of the daily reference wage (SJR, basis of the allowance) will come into force in July. The executive defends "an issue of equity" because the compensation is currently more favorable to people alternating short contracts and inactivity than to those working continuously, because it is calculated by dividing the income by the only days worked during the period reference.

The initial reform provided for the SJR to be calculated by dividing the wages received during the 24 months preceding the unemployment situation, by all the days - worked or not - between the first and the last day of employment of this period of unemployment. 24 months.

Mechanically, this would have greatly reduced the amount of the allowance of those, often precarious, who alternate short contracts and unemployment. To correct the device, the ministry has provided for a floor guaranteeing a minimum allocation. The number of non-working days taken into account will be capped at a maximum of 13 out of 30 non-working days.

The ministry gave the example of a person having worked eight months out of the last 24 months paid minimum wage. She would have received an allowance of 985 euros for eight months with the 2017 rules. With the 2019 reform, she would have received 389 euros paid 24 months. With the new version of the reform, the allowance would be 667 euros paid for 14 months.

The ministry estimates that "more than 800.000 people" would be affected by a decrease in the RLS compared to the system of 2017. But he underlines that "they will arrive gradually" as the contract ends and that "the rights do not are not reduced "because they are open" longer ".

For whom and for when the bonus-malus?

The reform creates a "bonus-malus" on the unemployment insurance contribution paid by companies with more than 11 employees in seven sectors that are large consumers of precarious contracts (accommodation and catering, agrifood, transport, etc.).

From July 1, the behavior of companies will be observed and the bonus-malus applied from September 2022.

For these companies, their separation rate will be calculated over a year, ie the number of end of contracts - CDI, CDD or interim - divided by their workforce. Depending on the comparison with the sector's median rate, the following year the company will see its contribution vary between 3 and 5,05% of its payroll, against a rate of 4,05% today.

Certain sectors particularly affected by the crisis, such as the hotel and catering industry, will initially be exempt.

How many months of work to obtain rights?

This tightening particularly penalized young people or seasonal workers who multiply short contracts (CDD or temporary assignment), often with the same employer who re-employs them.

It was applied from November 2019 to July 2020 before being partially suspended due to the crisis (return to 4 months to open rights but also to recharge them).

The government announced on Tuesday that the threshold would be maintained at 4 months for all job seekers as long as the economic situation deteriorates. The hardening of the opening of rights from 4 to 6 months will be done according to a "return to better fortune" clause assessed over six months from April 1: there will have to be both a decrease in the number of 130.000 category A job seekers over six months and 2,7 million hires over one month cumulatively over four months.

Employees under the age of 57 who had an income of more than 4.500 euros gross per month - or about 3.500 euros net - were to see their compensation reduced by 30% from the seventh month.

While job offers fell for executives, the government decided that this degression, which would have affected 90.000 people per year, would only apply from the ninth month until "return to better fortune". As for eligibility, the hardening in the 7th month will take place according to the improvement of the two indicators mentioned.