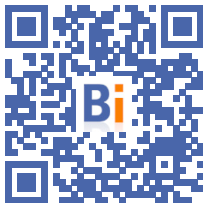 EOL - commercial real estate consultant - unveils the results for the third quarter of 2021 for the logistics real estate market in France. The sector is doing well: it would even be one of the 3 best years over the last ten.

With a significant increase of 35% in the third quarter, the sector is experiencing good development. Land dedicated to logistics is scarce. Prices have even been multiplied by 3 in twelve months in certain sectors and construction costs have increased by nearly 10% in one year. Another highlight of this quarter: the return of very large operations, over 1m50.

Focus on a market which has rebounded after the health crisis and which, depending on the region, are announcing results well beyond initial forecasts.

If the economic context has returned more or less to normal, there are still some specificities:

EOL confirms its position as a benchmark player in the sector

In France, overall, EOL has concluded 570 m000 of logistics projects on existing buildings or developments, in particular an emblematic operation of more than 2 m110 on behalf of La Redoute in Cambrai (000)

In Europe, After having supported Carrefour for an industrial and logistics project near Brussels, EOL has just signed a plot of more than 20ha in Poland to develop a site of more than 40 m000 for one of its French customers.

EOL accelerates the decarbonisation of warehouses

EOL initiated a warehouse decarbonisation strategy in 2016, which today enables it to support the major players in the market with a unique and innovative approach. With the application of the tertiary decree obliging warehouse operators to reduce energy consumption by 40%, EOL provides a global approach and technical know-how in the choice of logistics sites.

The market in the regions

The Hauts-de-France region breaks a historic record with nearly 880 m000 of space placed (ie 2/1 of the French market) for only 3 transactions (in the space of 25 months).

The political choice to host large-scale logistics operations leads to exceptional results and the “logistics friendly” strategy of this region has proven to be very relevant. This enabled it to attract large-scale projects, in particular 2 operations of more than 100m000 on behalf of SEB and La Redoute.

"We estimate that logistics will have created in this region more than 2500 jobs during the first 9 months and generated a private investment of more than 500 million euros" indicates Laurent Sabatucci - associate director, founder of EOL.

The market in Rhône-Alpes (Lyon):

The market in the Bouches-du-Rhône (Marseille):

The market in Center-Val-de-Loire (Orléans):

The market in New Aquitaine (Bordeaux):

The market in Occitanie (Toulouse):