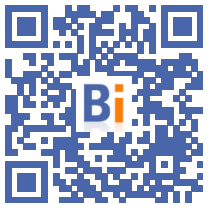 While 30% of these gases are produced in France (refining of petroleum or vegetable & animal oils), their imports come mainly from Algeria and Western Europe exclusively by sea. The French market is therefore independent of Russia for its supply of liquid gases.

The liquid gas sector is convinced that it can also contribute to accelerating the objectives of energy independence and diversification of energy sources. Present everywhere in France, particularly in territories not served by natural gas, it offers the executive to rely on its underused logistics and storage capacities. France Gaz Liquides considers that the climate emergency simultaneously requires an acceleration of the decarbonization of energy uses, to which it can contribute by replacing liquid gases of fossil origin with liquid biogas.

The liquid gases consumed in France do not come from Russia

Adapted to the imperative of an efficient and realistic ecological and energy transition, butane propane gas energy daily supplies 27 municipalities not connected to the natural gas (methane) network. It allows 000 million consumers - as many as for natural gas - to cook, heat or produce without any dependence on imports of Russian gas. This also includes 11 motorists who drive on LPG, an alternative fuel less sensitive to increases in conventional fuel prices (€200.000/l on average on March 0,90). Liquid gases are therefore an energy useful to all French people, in towns, in rural areas, in the mountains or on the islands, whether they are individuals or professionals.

The French liquid gas market represents 1700 kt (22 TWh) per year of propane, butane and LPG fuel. In a market whose sales have been halved in 20 years - in particular thanks to energy efficiency work carried out by customers - the industry has retained most of its infrastructure and its storage and distribution capacities, with a view to the integration of renewable gases (biopropane).

The transition to these renewable liquid gases will reduce dependence on imports thanks to French biopropane production started in 2019. The reduction in emissions will then reach 80% and this without changing infrastructure, neither for distributors nor for consumers. .

The resilience plan drawn up by the Government, just like the European Re-Power plan, must take into account this capacity offered by butane, propane and LPG gases, while avoiding rushing consumers towards a single technology based on electricity.

In this respect, France Gaz Liquides supports the position of Liquid Gas Europe, concerned by the simplistic recommendation of the International Energy Agency to accelerate the replacement of gas boilers by heat pumps. Contrary to desirable technological neutrality and an objective of diversifying the energy mix, it also omits the fact that these heating appliances can also be supplied with gases of renewable origin, without modifying the heating installation. or distribution infrastructure.

This means not only not forcing consumers in areas off the natural gas network to deprive themselves of a sovereign and affordable source of energy, but also to maintain the possibility of a transition to a cleaner and respectful of air quality than fuel oil, coal or even wood. It is also the prospect of a transition to renewable liquid gases that should not be hindered.

Such a specific recommendation can have a negative impact, both in terms of the economic situation of households, particularly the most vulnerable, and on investments in the means of production of renewable gas.

Faced with soaring energy prices, the public authorities are developing support mechanisms. Our proposal is to proportion aid to disadvantaged households according to climatic zones and the criterion of rurality of their residence.

Indeed, households living in rural areas, who are more impacted by the cost of energy, should not be overlooked, even outside the context of tension on the energy markets. INSEE has thus highlighted the sharp increase in the energy vulnerability of households as they move away from urban centers (cf. INSEE, Far from urban centres, heating and fuel weigh heavily in the budget, 2015). They incur an additional cost both in terms of heating (+20%) and mobility (+40%).

The sector therefore warns of the need to take into account these consumers in areas furthest from the gas or heat networks in the aid that will result from the resilience plan. It is also a question of including renewable liquid gases in the “France 2030” recovery plan, which would make it possible to increase their marketing. Accelerating the transformation of the sector requires support from the public authorities: for the conversion of refineries, to increase financing for R&D and to provide more favorable prospects for liquid gases of renewable origin.

Propane gas – biopropane, butane and LPG energy, which does not suffer from intermittence and covers the entire territory, whether continental or insular, sovereign and less carbon-intensive than fuel oil or coal, can continue to serve of the French energy mix of tomorrow, and within the framework of the French Energy Climate Strategy (SFEC) to which it intends to contribute.

The distribution capacities of propane, butane and LPG alternative fuel can be doubled throughout the territory

The sector wishes to reassure the 11 million consumers like the French public authorities, as it is unlikely that the current crisis will affect the safe and secure supply of propane butane and LPG to consumers, thanks to a multitude of producers operating around the world. worldwide, strong global supply chains and reliable distribution to end consumers. The liquid gas industry is also investing on a European scale in local bioLPG production capacity, which will also enhance EU energy security.

Thus, faced with the urgent need to reduce energy dependence on Russia, and aligned with the continued decarbonization of the economy, butane propane and LPG gases already offer in France the capacity to double their contribution to the supply of energy to the French, while immediately allowing an effective gain in GHG emissions of nearly 20%* within the framework of a substitution for fuel oil.

For Natacha Cambriels, President of France Gaz Liquides: “The place of butane-propane energy, which will become 100% renewable by 2050 at the latest, should be enhanced within a diversified, sovereign energy mix that is more quickly turned towards renewable energies. Already a player in the transition for heating, mobility, industries and SMEs, it has become imperative to allow it to evolve and continue to meet the energy security of more than eleven million French people. »