The latest government announcements on RE2020 divide building professionals 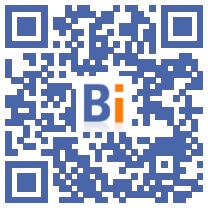 While several construction players welcome the adjustments presented by the government on February 18, some industrial sectors say they are "in shock" after the announcements of the maintenance of the new method of calculating the carbon weight.

For the main professional organizations in the sector, welcome developments but which need to be confirmed in the texts

USH, FPI, Pôle Habitat FFB, FFB, Federation SCOP BTP, CAPEB, UNSFA and UNTEC welcome adjustments presented by the government this Thursday, February 18 on the draft texts of the future RE2020.

The signatories welcome the progress made, the fruit of numerous discussions in the sector with the administration and the offices of Emmanuelle Wargon and Barbara Pompili. The adjustments are of several types.

The first concern the implementation modalities, including the postponement of the entry into force on January 1, 2022, the modification of the following deadlines to 2025, 2028 and 2031, and the consolidation of a recurring review clause, all of which are to facilitate progressive and adapted implementation.

The signatories also welcome the stated desire not to exclude the green gas sector and certain industrial solutions, which will have to find their place through innovation.

Finally, aspects absent from the initial draft texts were the subject of a positive arbitration, such as the establishment of a national observatory which will allow real feedback.

Nevertheless, the signatory organizations regret the absence of an assessment of the impacts for the occupant, and of the additional benefits that could have been incorporated into the regulations.

The evolution of the LCA, like all the thresholds used today, will be subject to a review clause. In addition, they want guarantees to be provided on the alignment of the thresholds for taking into account the carbon impact of both infrastructure and underground car parks.

The organizations welcome the announcement by the Minister of an upcoming presentation of the amended regulatory texts to the CSCEE. Several additional adjustments, however, remain pending and require pragmatic responses, to adapt the steps to be taken and to move towards a truly ambitious, affordable and sustainable RE2020. They would make RE2020 a factor in preserving the purchasing power of households and jobs in the building industry, and a vector of innovation in the construction sector and its sectors.

After alerting the public authorities and underlining the inconsistencies relating to the introduction into the Environmental Regulations for Buildings (RE2020) of a new method of calculating the carbon weight, known as “Simplified dynamic Life Cycle Analysis (LCA)”, the manufacturers are questioning the government's stubbornness in pushing through this contested carbon accounting.

While on January 26, the various players in the construction industry gathered within the Superior Council for Construction and Energy Efficiency (CSCEE) all spoke out for a return to a standardized LCA methodology, the Minister has chosen to maintain his project and made a decision which constitutes a real deviation from the Law.

With the transition from a standardized approach to a simplified dynamic approach, the advantage artificially given to favor bio-based products is such that the only valid lever for reducing the carbon footprint of tomorrow's buildings will therefore be massive use of these products, with a logic of overconsumption of wood, to the detriment of a fundamental reflection on the design of buildings, construction methods or the material mix. The results will make any effort to decarbonise other sectors useless since wood, with its carbon footprint suddenly become negative, alone allows the thresholds set by the regulations to be reached.

This decision, which therefore constitutes a real brake on the commitments made and the many investment projects already underway to decarbonize the industrial sectors, also represents a risk of relocation, weakens many companies and in particular SMEs, and is totally in line with contradiction with the government's stimulus plan.

The incomprehension of these manufacturers is all the greater since this political decision contradicts the rules forming a consensus in Europe, creating distortions of competition between products, by freeing themselves from commonly established methods of accounting for emissions ...

According to them, promoting “low carbon” constructions does not mean relying heavily on wood and biobased materials! Decarbonization is the business of all the sectors that have embarked on this path, it is the diversity of solutions, it is relying on collective intelligence to promote sustainable, local solutions, based on the skills of the hundreds of thousands of journeymen who work in the territories.