The last five-year budget far from being completed 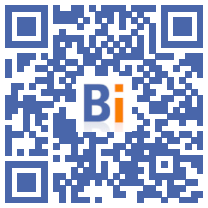 Security, commitment income, investment plan: in the final stretch of the 2022 budget, the government still has to finalize several measures, which will further increase public spending in a more favorable economic context than expected.

Barring unforeseen events, the last budget bill of Emmanuel Macron's five-year term should be presented to the Council of Ministers on September 22.

"It is not an easy budget to make. Several public policy decisions have not yet been decided," Economy Minister Bruno Le Maire admitted to the press on Tuesday, showing however his optimism with the economic recovery observed these last months.

The main issue still to be concluded is the development of the commitment income, wanted by the President of the Republic to support young people without training towards employment in exchange for an income, probably around 500 euros. Discussions still drag on around the perimeter of the device.

"There are discussions on the length of the course, on the speed at which we set up the device", and on the means that will have to be allocated to Pôle emploi and in the local missions, one indicates to the ministry work.

In particular to recruit the sufficient number of advisers who will be responsible for supporting these young people.

"The subject is being considered," one also indicates to Matignon, while Prime Minister Jean Castex has started a series of meetings with the social partners.

Depending on the criteria selected, the device could cost between 1 and 3,8 billion euros, according to Les Echos. During an interministerial meeting between Matignon, Bercy and Labor on Tuesday, "we discussed a much smaller range," said one in the entourage of the Minister of Labor, Elisabeth Borne.

Another major project: the investment plan, for an amount envisaged in the order of 30 billion euros, which should ultimately not be announced before October, and whose appropriations would then be integrated into the budget during the parliamentary debate.

"This is not a recovery plan twice, the objective is to create new industrial sectors", in innovative technologies such as hydrogen, biotechnologies, electric batteries or semiconductors, reminded Bruno Le Maire. .

To this will be added the measures in favor of the police that Emmanuel Macron must present in the coming days at the conclusion of the Beauvau of security, as well as the plan in favor of the city of Marseille unveiled on Wednesday.

An "anthology" of expenses which makes jump the president of the Finance committee of the National Assembly, Eric Woerth (LR).

Especially since the government has already announced this summer an increase of nearly 10,8 billion euros in the budgets of the ministries, centered on the sovereign missions of the State (armies, police, justice) and education.

Part of this increase is also explained by the maintenance of certain aids deployed during the crisis on emergency accommodation or the university ticket at 1 euro.

The government "must try to control the desire to increase current spending" that is to say spending not induced by the Covid-19 epidemic, warns Eric Woerth.

"We need a budget to return to reason," adds the deputy who says he expects "a serious and consistent signal on the awareness of the extreme fragility of our public finances. We cannot calmly watch the debt accumulate. ".