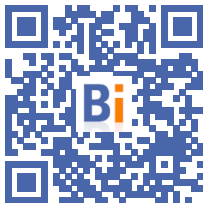 The Banque de France on Wednesday revised significantly upwards its growth forecast for the French economy in the second quarter, to around + 1%, against + 0,5% previously, estimating that the lifting of health restrictions had allowed a rebound of activity more important than anticipated.

Even if it notes an increase in supply and recruitment difficulties for companies, the central bank has maintained its growth forecast for the whole of 2021 at 5,75%, deeming the French economy rather resilient in the face of a possible fourth wave of the epidemic.

The European Commission on Wednesday raised its growth forecast for France to 6% for 2021, like INSEE last week. The French government remains on a forecast of 5% at this stage.

The forecast of the Banque de France for the whole year is "rather a cautious forecast", therefore would remain appropriate in the event of a new wave, explained Olivier Garnier, the director general of the French central bank, presenting to the press the latest monthly economic survey of the institution.

On the other hand, "we have seen over the epidemic waves that the economic impact was less and less marked, both because the economy knows how to adapt better (...) and above all, today ' hui there is the vaccination ", he detailed.

Regarding the second quarter, "the month of June is better than expected by companies," he said.

"Activity is improving in most sectors of industry and is growing strongly in market services, with the very marked rebound recorded in accommodation and catering. In the building sector, activity remains well oriented ", details the investigation.

In the building, more critical situation

In June, activity would thus be 2% below its pre-crisis level, against 3% previously forecast, and -4% in May.

In market services, the rebound is very clear, thanks to the easing of health restrictions.

In catering, the level of activity rose from 25% of its pre-crisis level in May, to nearly 70% in June, and in accommodation it increased by 20 points to 53%.

The situation is more contrasted in industry, with sectors that are still struggling, such as aeronautics and automotive, which are operating at three quarters of their normal level.

Production was penalized in particular by supply pressures which continued to increase in June, and which are accompanied by increases in the price of raw materials.

In industry, 47% of managers say they have experienced difficulties, against 44% in May, and the situation is even more critical in construction, where they are 60% to report problems, after 50% in May.

The automotive sector is the most penalized, with 80% of the companies concerned, according to the survey.

Another difficulty for companies: recruitment. 44% believe that they have difficulty recruiting, especially in construction and services, and in particular in the temporary work sector.

For the month of July, the situation should improve very slightly, forecasts the Banque de France, business leaders anticipating a status quo in industry and construction, while services should continue to progress.