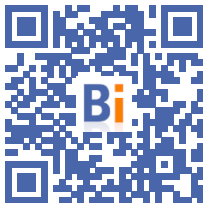 Carried out with the support of CD2E and the OPUN cabinet, the operation involves the rehabilitation of 50 housing units in Cité Barrois in Pecquencourt using hemp concrete, and intends to prove the feasibility of massive use of this bio-based material. .

Objective: to encourage the development of a hemp sector for construction use in Hauts-de-France and to support the ecological transition of the territory. The work that began this summer will continue until the end of 2022.

The use of biobased materials for thermal improvement of housing is becoming a major issue in responding to current social and environmental challenges. Indeed, lower energy bills and reduced greenhouse gas emissions in the face of climate change are a priority for social landlords.

For more than five years, Maisons & Cités has been engaged in thinking about an alternative to conventional insulation as part of the renovation of its housing stock. After several experiments carried out in the mining area through Réafutur 1 & 2 operations, as well as Rénochanvre, the lessor has recognized hemp concrete as the biomaterials of the future, in particular in the context of the renovation of brick dwellings, dominant in the territory of Hauts-de-France.

A pilot project in France

With an investment amount of € 800.000, the Pecquenchanvre project constitutes a new stage in this process. Over a period of 2 years, 50 housing units in Cité Barrois in Pecquencourt will be renovated using hemp concrete, at a rate of 6 housing units delivered each month. A scientific study will be carried out in parallel by CEREMA, the Polytechnic University of Hauts-de-France and the Catholic University of Lille in order to measure the effectiveness of the operation's ecological approach. In addition, a sociological study will be carried out in order to analyze the practices and feelings of the occupants. For now, the feedback from the first residents who have returned to their renovated accommodation is promising.

For Corinne Sevin, beneficiary of the Pecquenchanvre operation: “The use of hemp concrete as thermal insulation ensures an ideal ambient temperature in my home. In mid-November, I still haven't turned on the heat. "

If the experiment is conclusive, Maisons & Cités plans to renovate 1000 homes in the long term using this bio-based material: an ambitious and unprecedented challenge from a social landlord across France.

Supported by the region within the framework of the Third Industrial Revolution Rev3 and accompanied by the CD2E and the ÖPUN cabinet, this project is also part of a more global approach called "Hauts-de-Chanvre", which tends to initiate the creation of a hemp concrete sector in Hauts-de-France within 5 years.

The development of a hemp market and a regional cultivation and processing sector would indeed constitute a formidable vector of economic development for Hauts-de-France. In the Mining Basin, the birth of this sector could be accompanied by the development of local prefabrication units and thus generate new jobs. What to contribute to the rebirth of this territory.

But to achieve this, there is still a long way to go and requires the involvement of all the players in the territory, all sectors combined. To do this, Maisons & Cités works in close collaboration with the CD2E, both on the development aspects of hemp cultivation on the territory and on the training of construction companies in its use.

For Jean-François Campion, President of Maisons et Cités: “You have to show them that the model can be profitable. It is by creating the market that we will succeed in making this material competitive and in working for the ecological transition of the territory. "