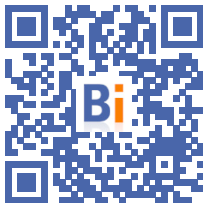 Faced with a supply which continues to decrease, the prices of new real estate in France are more and more upward. Small and large towns, metropolises and medium-sized towns are all affected by this increase in the prices of new apartments, according to the Find-un-logement-neuf.com portal, specializing in new real estate. The bar of 300.000 € for a three-room apartment has even been exceeded in this new school year in 2021.

Prices on the rise in a hundred cities

Three-quarters of the cities in this barometer of new property prices have seen their prices increase over the past six months. They were 6 out of 7 at the start of the year. 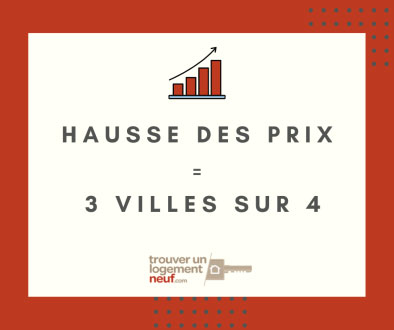 If we note proportionately fewer cities with rising prices, Find-un-logement-neuf.com nevertheless observes that the offer is increasingly limited. The site specializing in new real estate records that the number of cities with at least 5 new developments continues to dry up: 141 precisely in this fall, against 150, at the start of 2021. Less supply, it is undoubtedly a pressure on price. Especially since demand remains strong, confirm real estate developers in the latest quarterly survey from INSEE. 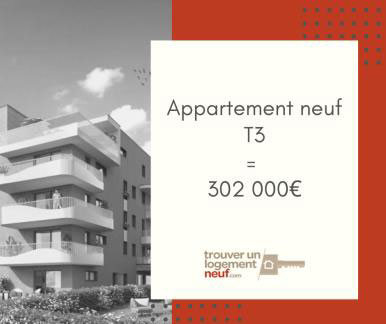 "If, overall, fewer cities are affected by the rise in prices in this fall than at the start of the year, this does not prevent the lack of supply undoubtedly pushing prices up in this barometer", explains Céline Coletto, spokesperson for Find-un-logement-neuf.com. Example in Bayonne.

Strongest rise in this barometer: Bayonne. With a price that climbs by a third in six months, to € 412, the Basque city has less than ten new programs currently on the market and the arrival of a new very high-end real estate program is taking place. fly off the average. However, you can still find three-room apartments for less than € 300.

Counterexample: Ajaccio. The Corsican city has even fewer real estate projects on the market but more affordable new programs which allow it to post a price down by almost -27% to an affordable € 282 for a three-room apartment on average.

Among the most expensive cities in France, following Paris, there are again only cities in Hauts-de-Seine. Count more than 680 € to buy a three-room apartment in Issy-les-Moulineaux. Clichy, despite a slight drop of -000%, completes the podium.

To find more affordable prices in Ile-de-France, you have to turn to Meaux and Melun in Seine-et-Marne, the only two towns in the Ile-de-France region where there are still three-room apartments for less than € 200 in mean. For a new apartment in Paris, you can now buy 000 in Meaux.

Yet, among the more affordable cities, prices continue to rise as well. While remaining accessible, owning a three-room apartment in Saran, north of Orleans, now costs 10,5% more than six months ago. Other localities such as Perpignan, Tourcoing, Haguenau… remain below the € 200 mark, even if prices have also increased there in recent months.

Which city is most in demand? 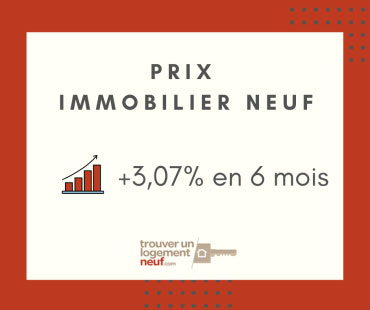 Cradle of rental investment, Toulouse, where the price increases by around 3% to almost € 260, returns to the top of the most sought-after cities on the Find-un-logement-neuf.com portal as the start of the school year approaches. , moving from 000th to pole position. It is ahead of Rennes and Nantes, which lost its first place, on the podium of the localities most requested by Internet users. Toulouse may be benefiting from the resurgence of requests for investment, which climbed 5 points in this re-entry on the portal dedicated to new housing.

To see now if this renewed interest in rental investment will translate into reservations in the coming weeks. For now, second-quarter sales remain down almost 14% in the pre-health crisis period, according to ministry figures.

Important announcements, in particular about a Super Pinel for 2023, but also a repository for quality housing and proposals to support real estate, are expected by mid-October. Objective: to relaunch construction and therefore the offer. To be continued to see if this will lower the pressure on prices. 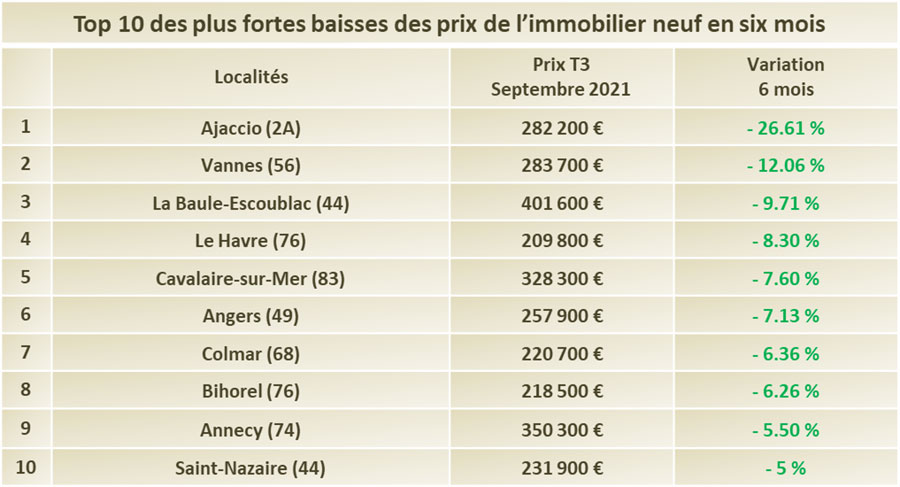 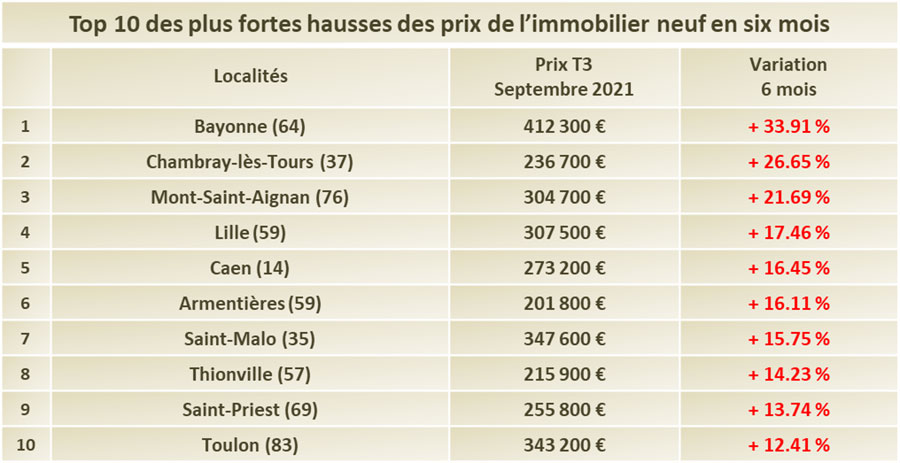