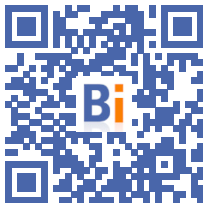 On February 5, the Kramer group applied to take over the Jacob Delafon sanitary ware production site from the American group Kohler, a world-class player in the sanitary ware market, as part of a start-up envisaged at most late June 30, 2021.

Through this acquisition, the Kramer group wanted to diversify its activities and logically expand its offer on the entire sanitary market (ceramics and valves) in France and abroad.

Despite the responsiveness and involvement of government departments, the region and its business partners, the Kramer group has decided to withdraw its takeover offer.

According to the Kramer group, the opacity shown by the Kohler group in terms of information does not allow it to meet the conditions and deadlines imposed by it and today leads to the conviction of the impossibility of carrying out this project that the buyer will never have been able to present directly to employees.

Manuel Rodriguez, president of the Kramer group, sent all employees of the Damparis site an open letter to inform them of his decision to responsibly abandon the project, not wishing to add more uncertainty to their situation. already very anxiety-provoking.

Manuel Rodriguez also expressed his disappointment at not being able to save 91 jobs out of the 150 at the Damparis site. He also assures us that his group will continue to uphold the values ​​of Made in France loud and clear.

The government tries to "renew the dialogue"

The government is trying to "renew the links of dialogue" between the American group Kohler, which wants to separate from the Jacob Delafon factory in Damparis (Jura), and the French group Kramer which on Tuesday withdrew the only offer of reprise.

The Minister Delegate for Industry Agnès Pannier-Runacher "is trying to renew the links of the dialogue which has now been broken between the two groups to see if a recovery solution can exist", said government spokesman Gabriel Attal, to the outcome of the council of ministers.

"There is therefore a mobilization of the government on this subject", he added, the day after the announcement by Kramer of the withdrawal of the only takeover offer of the last French manufacturer of high-end ceramic sanitary ware, which has 140 employees in Damparis.

The American group wants to separate since September because it “no longer enters into its strategy” from 2021.

A valve SME based in Etain (Meuse), Kramer filed a letter of intent with Kohler in early February for the partial takeover of the Damparis site from June 30, with the preservation of 91 jobs out of 140 and the objective to increase the workforce after three years thanks to the ramp-up of production.

His project was based on a first year of manufacturing on behalf of Kohler.