The judgment of ex-senator Joseph Castelli for postponed influence peddling 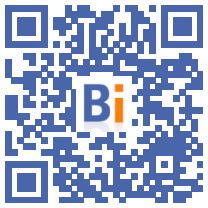 The judgment of ex-senator Joseph Castelli, suspected of having awarded public contracts to companies against the completion of work in his villa, which was to be delivered on Monday has been postponed to March 30, the public prosecutor told the AFP.

During the two days of hearing in January, the prosecutor of Bastia Arnaud Viornery had underlined that "a heady scent of systemic corruption" floated on this file, by requesting four years of prison including one suspended sentence and 200.000 euros of fine against the former senator from Haute-Corse, 72, and the confiscation of the villa at the heart of the affair.

Prosecuted before the Bastia criminal court for passive influence peddling, concealment of property resulting from a crime, aggravated money laundering and forgery, Mr. Castelli, who denies the facts with which he is accused, has benefited from "kind subsidies from 'entrepreneurs "for nearly" 200.000 euros "to complete the financing of his villa," via false invoices ", had criticized the magistrate.

For the prosecutor, the mechanics of embezzlement are clear: a company managed by a deceased entrepreneur and never heard of in the investigation was responsible for the construction of Mr. Castelli's villa. Invoices were paid to him by three other companies for fictitious subcontracting work on other sites, and these sums financed work on the villa of the former senator. In exchange, these companies then obtained public contracts awarded by Mr. Castelli.

However, the magistrate only retained for prosecution a public contract, for 1,7 million euros, while several others, for a total amount of 10 million euros, had been implicated.

He called on the court to condemn Mr. Castelli for the "corruption pact" existing in the award of the public contract and for the accusations of forgery in writing but requested the acquittal for the laundering of tax evasion.

"I've never lost an election. I wonder what I'm doing in this mess. If I was that bad, you think these people would not have realized?" at the bar Mr. Castelli, tried with three entrepreneurs, one of whom had admitted facts of corruption.

The lawyers of the four defendants have all pleaded the release for their clients, one noting that "we do not condemn people for the scent of a fact" but on evidence when a second argued that "legally in this case, there is nothing "except" crude judicial magic ".