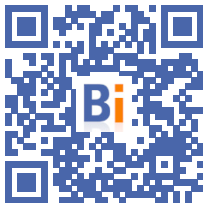 The National Financial Prosecutor's Office (PNF) is studying ways to send French rugby boss Bernard Laporte to trial, suspected of favoritism for the benefit of businessman Mohed Altrad, on the basis of an investigation that the two implicated dispute.

In a series of articles published since Tuesday January 18, the daily L'Équipe revealed elements of the investigation opened in 2017, including the content of a report by the Economic Crime Suppression Brigade (BRDE) submitted to the floor in July.

In 76 pages, the police detail the conditions for awarding the Altrad group sponsorship of the XV of France jersey, the image contract signed between the two men and Bernard Laporte's calls to Jean-Daniel Simonet, the president of the appeal committee of the French Rugby Federation (FFR).

This report is "an essentially dependent intellectual construction", contradicted by the elements of the legal file, annoys Me Jean-Pierre Versini-Campinchi, the lawyer for Bernard Laporte, at the head of the FFR since 2016.

Other defense lawyers also denounced a "very incriminating" report and pointed out that the PNF would not have followed the investigators on the entirety of the charges.

In a note dated December 21 cited by these councils, the anti-corruption prosecution detailed the offenses it intended to retain among those targeted by the investigation (favoritism, illegal taking of interest, influence peddling, corruption, etc.) and the people who could be cited before the criminal court.

The PNF would move towards prosecution for Bernard Laporte, Mohed Altrad and Claude Atcher, director general of the organizing committee of the 2023 World Cup, sources familiar with the matter told AFP, confirming information from L'Équipe.

This note "does not take into account all the hypothetical criminal offenses listed by the police", warned Mr. Laporte in one of his three daily rights of reply.

According to several councils, exchanges between the prosecution and the lawyers are continuing, the latter having the possibility of sending the financial magistrates elements to support their defence.

"No direct citation has been issued in this case to date," the PNF confirmed to AFP.

A decision should be made in the coming weeks and a trial could be held by the end of the year, according to the lawyers.

The PNF opened a preliminary investigation in 2017 to examine, among other things, the links between Bernard Laporte and Mohed Altrad, head of the construction group Altrad and the Montpellier Hérault Rugby club (MHR).

Justice suspects the former coach of the Blues (2000-2007) of having used his influence so that the company of Mohed Altrad, a close friend and great treasurer of rugby, becomes the jersey sponsor of the XV of France at a price preferential.

In their report cited by L'Équipe, the police mention this contract granted in 2018 for 6,8 million euros.

A first estimate had valued the sponsor at 9,9 million euros, according to the sports daily.

This allocation "is free from reproach", defended Mr. Laporte in a daily right of reply: "there was no discount or gift for the benefit of the Altrad group".

"How can we blame Mohed Altrad for making a deal? What did he get in return? His name on a shirt? You put 6,8 million to have your name on the shirt? It's sponsorship !” retorted Me Versini-Campinchi.

"The nine million proposal was not accepted by anyone. All the major sponsors and all the communication agencies were questioned and all said that 6,8 million euros is an exceptional price!" he developed.

Mohed Altrad dismissed the charges on Wednesday January 19 on Sud Radio. Contacted by AFP, his lawyer did not wish to speak.

Investigators also suspected Bernard Laporte of having intervened with President Simonet to reduce sanctions against Montpellier, the club of Mr. Altrad, on the basis of numerous calls between the two men at the end of June 2017.

For four years, "we scanned Bernard Laporte and his entourage. The supposed phone call to Mr. Simonet has now taken second place, there is no longer even any question that he will be prosecuted “, believes Me Versini-Campinchi.

Bernard Laporte, former Secretary of State for Sports under Nicolas Sarkozy (2007-2009), was placed in police custody in September 2020, a few days before his re-election as head of the FFR.

Mohed Altrad, Claude Atcher and two senior officials of the Federation, its vice-president Serge Simon and its head of international relations Nicolas Hourquet, were also heard.