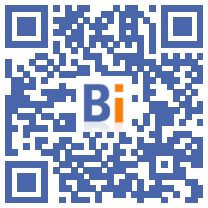 The French cement maker Lafarge, whose involvement in Syria is to be examined Tuesday by the Court of Cassation, saw its indictment for "complicity in crimes against humanity" canceled in 2019.

Still prosecuted for "financing of terrorism", the group is suspected of having paid nearly 13 million euros to jihadist groups, to maintain its activity in Syria until 2014 despite the war.

On June 21, 2016, Le Monde claims that Lafarge attempted, in 2013 and 2014, to operate "at all costs" its plant in Syria, "at the cost of murky and shameful arrangements with the surrounding armed groups", including the Islamic State organization (IS). These "arrangements" aimed to continue production until September 19, 2014, when IS took over the site and the cement manufacturer announced the cessation of all activity.

In September 2016, the Ministry of the Economy filed a complaint, triggering the opening of a preliminary investigation by the Paris prosecutor's office and the referral to the national judicial customs service (SNDJ).

In November, Lafarge was targeted by another complaint lodged by two NGOs, which went so far as to demand prosecution for "complicity in crimes against humanity": the Sherpa association and the European Center for Constitutional Rights and Human Rights. Man (ECCHR). Another association, the Coordination of Eastern Christians in Danger (Chredo), will join them later.

The SNDJ for its part concludes in its report that Lafarge Cement Syria (LCS), the Syrian branch of the group, has "made payments to jihadist groups" so that the cement plant continues to operate. The French management of Lafarge has, according to him, "validated these remittances by producing false accounting documents".

On December 1, two former directors of the Syrian subsidiary, Bruno Pescheux and Frédéric Jolibois, and the group's security director, Jean-Claude Veillard, are indicted for "financing a terrorist company" and "endangering of the life of others ".

In total, eight executives and managers are indicted for financing a terrorist company and / or endangering the lives of others.

On November 7, the Court of Appeal quashed Lafarge's indictment for "complicity in crimes against humanity", the most serious, but it maintains the other three indictments.