The increase in rent for traders limited to cope with inflation 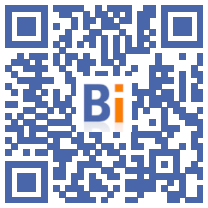 The increase in rent for traders will be limited from the next quarter, according to a decree published a few days ago in the Official Journal which aims to simplify the method of calculating the commercial rent index.

The change to the quarterly National Commercial Rent Index (ILC) aims to provide relief to traders who have faced inflation and a drop in household consumption since the start of the Covid-19 epidemic in 2020.

This index was previously calculated on the basis of three parameters: the evolution of consumer prices, that of new construction prices and that of retail trade turnover, which includes both in-store sales and on the Internet. In a context of inflation, the ILC increases.

To respond to the economic situation, the retail trade turnover parameter (ICAVaCD) will be removed from the calculation formula, leaving only the indices representing the evolution of consumer prices (IPLC) and that of the cost of construction (ICC).

This abolition "will make it possible to halve the revaluation of indexed rents", specified the Ministry of the Economy in a press release while "the continuous increase in internet sales thus fed - without any economic justification - the revaluation of the rents of physical stores".

The Trade Alliance (department stores, clothing, footwear) and the specialized trade federation Procos reacted positively to this measure in a joint press release, which according to them "will limit the automatic increase in rents for traders in the coming years" .

In the third quarter of 2021, the index had undergone its largest increase since 2008 and was likely to increase 2022 rents for traders between 2,6% and 3,46%, according to the Procos federation, which had sounded the bell. 'alarm.

"The government is aware that trade is a strategic sector which must be accompanied and supported", welcomed Emmanuel Le Roch, general delegate of Procos, quoted in the press release.

The two organizations "regret", on the other hand, the absence of an agreement with the lessors for a reduction in "the indexation of rents from the beginning of the year 2022", a monthly payment of rents and the reduction in deposits of guarantee.

The agreement reached on the modification of the ILC "testifies to the listening provided by landlords to their tenants", responded in a joint press release on Tuesday the National Council of Shopping Centers (CNCC) and the Federation of Real Estate Companies (FEI ). Representatives of real estate players hope that the measure "will make it possible to establish a more serene relationship between landlords and tenants", they added.

"The economic situation of traders continues to be very degraded", recalled Procos and the Trade Alliance, whose general manager Yohann Petiot asked for "a real action plan in favor of trade".

The modification of the ILC is one of the first measures taken by the government following the "Assises du Commerce" organized at the end of 2021 during which professionals had presented their grievances.