The increase in public spending planned for 2022 intensifies 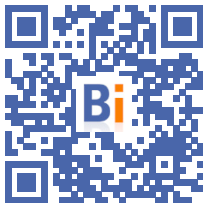 Anxious to avoid social discontent in the face of inflation, the government plans to further open its portfolio in 2022, even if it means accentuating the sharp increase in spending already planned, by banking on the fact that the economic recovery, better than expected, will soften the shock.

The government's strategy "is based on two pillars, investment and protection. We are investing for the long term in skills and in new industrial sectors (...) and we must at the same time, in this bill de finances (2022), protect the French against price increases that are unbearable for them, "said the Minister of the Economy Bruno Le Maire on Friday, presenting to the press the changes that the government intends to make to its draft budget 2022.

The first version, presented at the end of September, already contained a significant increase of 11,8 billion euros in spending by ministries but that was without taking into account certain expected announcements made since by the government. Lacks, which had also ulcerated the High Council of Public Finances (HCFP), responsible for assessing the credibility of government forecasts.

The government has therefore just added 10,2 billion euros in additional spending, which includes the first credits of the France 2030 plan announced by Emmanuel Macron in favor of the industrial sectors of the future (2,8 billion) and the financing of the plan. skills unveiled at the end of September by Jean Castex, as well as the future employment contract for young people (1,2 billion).

But the big part is made up of all the measures taken in recent weeks to offset the surge in energy prices (gas, electricity and fuels). In total, they will cost 6,2 billion euros in 2022, including 2,3 billion to complete the payment of the "inflation compensation" announced Thursday evening by the Prime Minister for 38 million people.

The rest includes the cost of capping the increase in electricity prices and compensation for gas companies penalized by the price freeze until the end of the year.

"If you put everything end to end (...) it constitutes a solid protection against the increase in prices which we are witnessing today, and which is, I would remind you, the consequence of the strong economic recovery", explained Bruno The Mayor traveling to Briançon.

Consequence: the government will be able to count on tax revenues much better than expected, with 10 billion more in 2021 and 2022. Enough to give itself a little air to absorb new spending .... and to contain the public deficit.

This is 0,2 point more than what was recorded so far in the draft budget, but Bercy had already indicated that this would not be tenable, while promising not to exceed 5%.

"We keep our word. We are once again sincere, we hold the 5% deficit in 2022", defended Bruno Le Maire, adding that the public debt would be brought "under 114%" of GDP, in response to criticism of those in the opposition who criticize a surge in spending a few months before the presidential election.