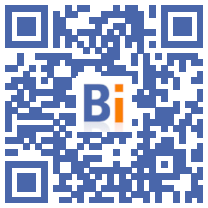 Droughts are one of the most visible consequences of climate change. Through the phenomenon of shrinkage-swelling of clays, these episodes have a considerable and growing impact on buildings.

Their average annual cost quadrupled between the period 2001-2015 and 2016-2020 and they represent over the last 30 years more than a third of all peril claims. The Saretec appraisal firm delivers an unprecedented X-ray of this phenomenon based on the analysis of several thousand claims and claims reports.

In recent years, France has experienced several exceptional episodes of drought with summer periods capitalizing on precipitation deficits and high temperatures. The alternation of these very dry periods in summer and rehydration of the soil the rest of the year leads to phenomena of shrinkage-swelling of clays (RGA) up to 1,5 meters deep. The lack of water induces the withdrawal of clays and this loss of volume causes differential movements leading to subsidence of soil under the foundations and pavements of buildings. Many disorders appear, including cracks on the walls and floors, or sagging paving. Other indirect damage can also appear following ruptures of buried pipes.

The second largest compensation item after the floods, these phenomena fell from an average annual cost of 231 million euros over the 2001-2015 period to 885 million euros over the 2016-2020 period. Cumulatively, over the period from 1982 to 2019, 8.000 French municipalities were recognized at least once in a state of natural disaster for the phenomenon of drought, at a cost representing 13,8 billion euros, or 36% of claims all perils.

Saretec data shows that, over the past 5 years, the drought arrests have mainly affected the central territories (Puy-de-Dôme, Cher) and eastern France (Moselle, Meurthe-et-Moselle). In 2016 and 2017, however, most of the claims were located in the south (Mediterranean rim, Gironde, Dordogne).

85% of disorders not attributable to drought

The disorders linked to drought are mainly cracks and subsidence. According to Saretec data, these disorders appear mainly on facades (45%) outside a building and on walls (34%) and floors (24%) inside. The eastern and southern facades, more exposed to the sun and to temperature variations, are also the most affected. Stepped or whistle-shaped cracks are the most symptomatic of shrinkage-swelling of clays.

These disorders can nevertheless be caused by other phenomena that are not guaranteed: high heat causing deformation of construction materials (metal frames or wooden frames for example), pipe leaks causing a differential settlement movement not attributable to drought , a transformation of the building involving new loads poorly supported by the structure ... Thus, 85% of cracks or subsidence are not attributable to droughts and do not come under the compensation scheme for natural disasters.

For guaranteed missions, cracks are treated in 54% of cases, in 23% there is repair of foundations or overhead structures and in 21% of cases special foundations are created to stabilize the soil.

Representing 56% of French main residences, houses are over-represented according to Saretec data. 90% of the buildings affected by the drought are in fact individual dwellings. The disorders observed in this type of dwelling require between € 4.000 and € 5.000 to be repaired and the implementation of protective measures, far behind the farm buildings and barns representing an average cost of € 12.000.

In addition, in more than half of the cases of drought (55%), the disorders caused by the phenomenon of shrinkage-swelling of clays can be observed in the immediate vicinity or further afield.