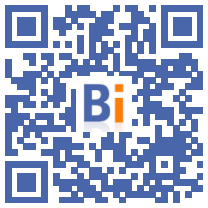 Ten million euros will be devoted to the deployment of Ile-de-France nature, a new Ile-de-France agency whose ambition is to "bring nature back to the cities", announced Wednesday, November 23 the president of the region Valérie Pécresse, during a press conference.

"If we want to continue building, we cannot continue to permanently nibble natural spaces (...) We must renature, bring nature back to the cities", insisted the president of the Ile-de-France region Valérie Pécresse.

The region has thus identified nearly 5.000 ha in 145 municipalities, considered as priorities because of their lack of green spaces, renaturation projects already initiated or the presence of wasteland in their area.

The goal? "unsealing" these spaces by 2030, i.e. by making it possible again for water to penetrate into the ground, often covered with impermeable coatings.

The ambition of this new project, which "broadens the missions of the Green Spaces Agency (AEV)" founded in 1976, is to renature the region, i.e. to reinstall nature in urban spaces, in a region where nearly "a third of Ile-de-France residents do not have nearby access to public wooded green spaces", indicated the regional president.

The work of Ile-de-France nature will be done in collaboration with the mayors of the Ile-de-France municipalities "whom we have asked to know their projects and their expectations for implementing them", insisted the president of the Green Spaces Agency. from Ile-de-France Sophie Deschiens.

Through a Call for Expression of Interest (AMI), launched jointly, the selected municipalities will be able to benefit from financing and "support in the structuring of their projects", she added.

This new agency, which takes up the ambitions of the Ile-de-France Green Plan, also plans to "protect and requalify 1.000 ha of urban wasteland by 2025, and double that by 2030" as well as "to support the planting and maintenance 2 million trees by 2030".