The IFM fund acquired 10,83% of the Spanish Naturgy following its takeover bid 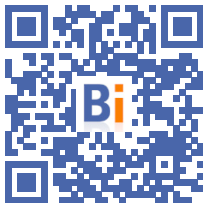 The Australian fund IFM acquired 10,83% of the Spanish energy group Naturgy at the end of its partial takeover bid launched in early 2021, a level below the target of 22,69% it had set itself, announced on Thursday. Spanish stock market policeman.

According to the stock market authority (CNMV), the Australian group only managed to acquire "47,74% of the targeted shares" by the public tender offer (OPA), corresponding to "10,83%" of the capital of the company.

The pension fund, which hoped to recover 22,69% of Naturgy, nevertheless maintained the operation, thus waiving "the minimum acceptance condition" of 17% of the capital that it had set, specifies the CNMC in a statement.

The gendarme of the Spanish Stock Exchange had given the green light at the beginning of September to the partial takeover bid for Naturgy (ex-Gas Natural Fenosa), which had also obtained the agreement of the government of the socialist Pedro Sanchez.

In 2020, the latter strengthened the rules on foreign investment in order to protect activities deemed strategic from the appetite of large foreign groups.

Under this reform, foreign companies wishing to acquire more than 10% of a Spanish company deemed a priority by the executive must obtain the green light from the Council of Ministers.

To do this, IFM undertook to maintain the group's headquarters and activity in Spain and to guarantee prudent financial management, by supporting fundamental investments for the energy transition.

Naturgy notably owns 49% of the Medgaz gas pipeline, which links Spain to Algeria, its main gas supplier. The group has also invested in wind and solar power in Spain, Australia and Chile.

The former Gas Natural Fenosa renamed itself Naturgy in 2018, signaling its desire to become a global energy operator outside the gas sector alone, and to diversify in particular into renewable energies.