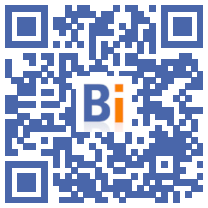 Faced with the risk of tension on the electricity network this winter, the president of the Social Union for Housing (USH) Emmanuelle Cosse, who represents social landlords, called on Tuesday, September 27 the social park to "assume sobriety" in "respecting temperature guidelines".

The USH has entered into a partnership with the Ecowatt platform set up by RTE, the manager of the electricity transmission network, so that lessors can be warned in real time of tensions on the network, and participate in the regulation consumption peaks.

Regarding soaring energy prices, Emmanuelle Cosse pointed out that tenants' charges had increased despite the tariff shield which caps costs for individuals.

On the draft state budget 2023 presented on Monday, she judged that it had "not worsened the situation. It changes us! Let's say it's a transition budget", she observed, while regretting the amputation "since 2018 of several billion euros" from the finances of social landlords.

Faced with the scale of the demand for social housing - 2,3 million households waiting at the end of 2021 -, the president of the USH also greeted "all the builder mayors" by refusing to oppose ecology and construction.

"We know the difficulty of convincing its constituents to produce housing for all. But we also know from experience that the territories which resign from their planning missions end up suffering from self-segregation and immobility", added she asserted.

"Certainly, the act of building has an impact on our environment", but "rather than tackling housing construction, let's go and question the delirious and uncontrolled development of large commercial areas", hammered Ms. Cosse.

The former Minister of Housing also highlighted the emergence of citizen movements on the western fringe, such as in the Basque Country or in Brittany, which denounce soaring prices.

"I'm sounding the alarm: the figures for demand for social housing are exploding in departments that have hitherto remained under the radar even though we already know that the approvals (authorizations for new housing, editor's note ) 2022 will not be good," she said.